Contrary to popular belief, organic farming does use pesticides. Over a hundred fertilizers and inputs (pesticides, insecticides or fungicides) are authorized by organic farming regulations in Europe and the United States.

The full list can be found in Europe’s Commission Regulation (EC) No. 889/2008. It includes materials such as composts and manures, but also inputs or pesticides such as aluminum-calcium phosphate, magnesium sulfate, sodium chloride, calcium polysulfide, copper sulfate, and many others that can be used.

The main difference between the inputs used in conventional agriculture is that those used in organic farming must be of plant, animal, microbial or mineral origin except where products or substances from such sources are not available in sufficient quantities or qualities or if alternatives are not available “ (under Article 16 paragraph 2 b) of the Council Regulation 834/2007). Meaning that molecules used in organic farming must be “naturally occurring” materials synthesized by the ecosystem services. But be careful, just because something is of natural origin it does not mean it’s not toxic.

Are The Pesticides Allowed In Organic Farming Dangerous? 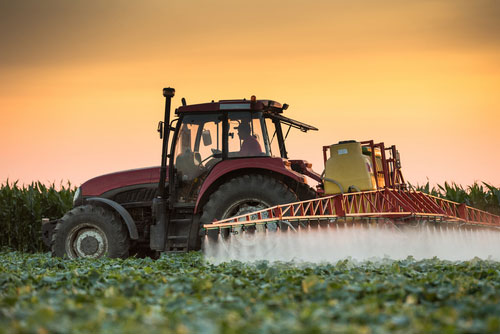 Some pesticides are allowed in organic farming as long as they’re synthesized from elements of “natural origin”. But that doesn’t necessarily mean they are safer than the synthetic pesticides used in conventional agriculture.

Unfortunately, it isn’t possible to give an overall answer to this question. Each pesticide, fungicide or insecticide has different uses and degrees of toxicity. In general, whether they are of natural origin or synthetic, pesticides remain toxic materials with active chemical substances. Hence, we should take a number of precautions when using them. Still, health agencies or pesticide registration agencies tend to think that pesticides (natural or not) are safe as long as the precautions for using them are followed.

For instance, in the case of copper sulfate, used for Bordeaux wine mixture (copper sulfate + lime, widely used in organic farming), ANSES gave an overall opinion concluding its low toxicity: ” Considering the available data relating to residues and those related to the uses evaluated, the chronic risk for the consumer is therefore considered acceptable. However, the institution specifies certain dangers, for example:

This shows that even a so-called “naturally occurring” pesticide can have adverse effects on the environment and health, depending on the doses used or the context. In other words, the pesticides allowed in organic farming, even if they are of natural origin, can be dangerous. For instance, rotenone, a widely used organic pesticide in the past, was banned in 2011 due to a suspected risk of Parkinson’s disease.

Are Natural Pesticides Better For The Environment? 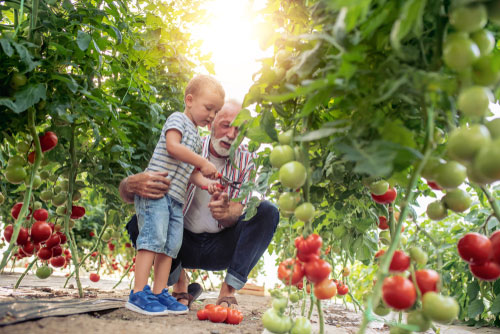 When we talk about natural pesticides being better for the environment, it’s not because a pesticide that is organic is necessarily environmentally better. As shown by the example of copper sulfate, a biological pesticide may very well have negative impacts on ecosystems and present risks to aquatic organisms.

Spinosad, a “natural” organic insecticide is another example of a biological pesticide with potentially adverse environmental effects. As a matter of fact, it is recognized as a very toxic insecticide for pollinators such as bees or butterflies.

A study from the University of Guelph has also shown that in some cases, the use of “natural” or “organic” pesticides may be more harmful to the environment than the use of synthetic pesticides. Sometimes, biological pesticides have a less precise and less effective action than equivalent chemical pesticides. As a result, higher quantities need to be used for the same result which may have a negative impact on other organisms or other components of the ecosystem.

Are There Traces Of Pesticides In Organically Grown Food? 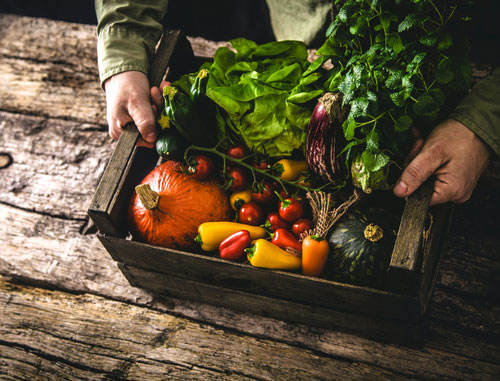 It’s important to be aware that organically grown foods aren’t free of pesticides. In fact, many studies, such as the one from the French NGO (60 million consumers), found pesticide traces in organic foods (this specific study found traces in almost all the 80 products analyzed). Other studies have shown some organic products even containing residues of synthetic pesticides, which can happen by contamination from neighbor crops.

Overall, products from organic agriculture are a little better than conventional agricultural products on the issue of pesticide residues. According to an EFSA report (European Food Safety Authority), 98.7% of organic products did not exceed the legal limits for pesticide residues compared with only 96.2% of conventional products. On the other hand, 83% of organic products contained pesticide residues below the “limit of quantification” (that is to say, virtually undetectable) compared to only 50% of conventional products. Organic agriculture limits pesticide use as much as possible, using it only as a last resort.  And for toxic products such as copper sulfate, organic also limits the amount used to 6 kg per year per hectare. All this means a lower use of pesticides and, therefore, fewer residues.