The Importance Of Deforestation

We know deforestation is a real problem in the world today. Apart from damaging the environment, deforestation also brings social problems. In places like the Amazon forest, Argentina, Borneo or Indonesia, the planet’s ecosystems, biodiversity, and the soils are being damaged. And people’s livelihoods often get at stake too. The big picture is probably the contribution of deforestation to climate change, but also the rise of social inequality.

The demand for products such as soy (connected with meat consumption), palm oil, sugarcane or rare Earth minerals has been growing. The main reasons for this demand are humankind’s consumption habits and the continuous growth of the human population. At the same time, these commodities have a big number of uses in several products, making them interesting to lots of different industries. All this demand has been creating incentives to turn forests into farmland, pasture land or mining spots.

How To Stop Deforestation In 5 Steps

#1 On How To Stop Deforestation – Consume Everything Less 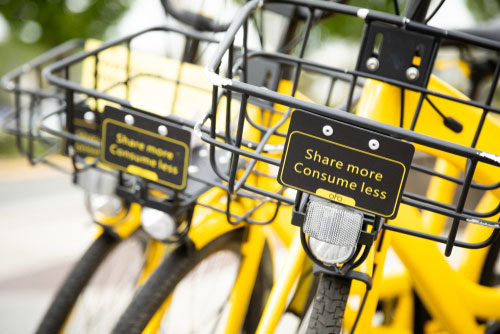 Our society is overconsuming. We’re demanding too much from our planet and having an unsustainable ecological footprint. That’s why every year the Earth Overshoot Day, the date when humankind spends the resources Earth can regenerate for a year, is coming earlier. In fact, to meet humankind’s current consumption, we’d need the resources and ecological services from 1.7 planets. The UN Food and Agriculture Organization (FAO) also estimates that roughly one-third of the food produced in the world for human consumption every year is wasted or lost. So if we start consuming less, we’ll be contributing to lower the demand. And therefore, collectively, the production of goods is likely to slow down. As a result, less forest land will need to be taken down.

But there’s one special thing we need to be especially aware and consume less: meat and dairy. According to the WWF, it’s estimated that deforestation caused by livestock is responsible for the discharge of 3.4% of current global emissions of carbon to the atmosphere every year. The whole industry, in fact, contributes to around 14% of the global anthropogenic greenhouse emissions. That’s why a recent report from Nature stood out that reducing meat consumption is a fundamental step to fight climate change.

#2 On How To Stop Deforestation – Avoid Products Containing Palm Oil

The huge demand for the world’s most used and efficient oil is leading to illegal deforestation, especially in Asia. So we challenge you to try to buy less industrial and transformed products such as cookies, crips, noodles or soaps that use plenty of palm oil. And you’ll really need to try hard because Greenpalm estimates that 50% of products on supermarkets shelves contain palm oil. Choose instead a home-made approach with fewer chemicals and food preservatives. It’s better for the planet and for your health. Who knows if there’s not a great baker or chef hidden in yourself waiting for a shot?

As well, mind that nearly half of UE’s imports of palm oil are used for biofuels, which are also very polluting. Choose to move around by foot or by bike and use public transportation more often. It’s a double problem solved: you’ll be helping not only to slow down deforestation but to fight greenhouse emissions and climate change.

#3 On How To Stop Deforestation – Shop Sustainably Certified Products 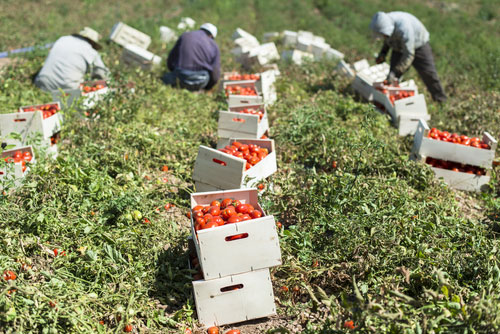 You can help by getting products that are locally produced and have a fair trade label. A specific sustainability stamp depending on the goods’ industry would also be positive. In this way, getting paper with FSC certification, UTZ coffee, fairtrade certified chocolate or RSPO palm oil means that these products aren’t produced by harming nearby forests. 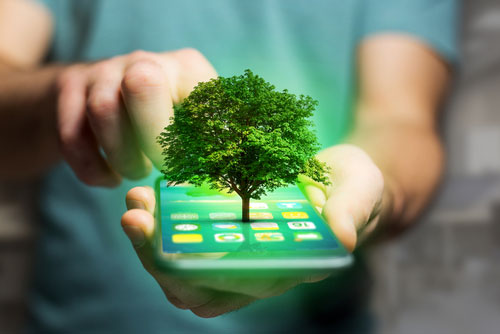 Your technological devices are probably a source of deforestation too. Why? Because building cell phones, tablets, laptops, or other tech devices means minerals such as lithium, copper or nickel need to be available and were previously extracted. The extraction and the chemical separation processes to get these minerals is very polluting and likely to take down existing trees to create new mining sites. Moreover, the tech industry is expected to be one of the fastest-growing industries for the next decades, driven by the constant demand for new tech devices. This means we’ll need more minerals and natural resources and consequently more mining sites. Altogether, the mining industry is expected to be the 2nd to grow the most until 2060, only behind the recycling industry.

However, there’s something we can do. In a time when the use of smartphones is rising and new tech devices come out all the time, remember to take good care of yours until it breaks or stops working. Still, in case you decide to get updated and buy a new one, make sure the old one will still be used while it’s working. If you don’t know of anyone to give it or sell it to, try to sell it at stores that can recondition it and sell it afterward. This will allow someone else will get the chance to use it.

#5 On How To Stop Deforestation – Spread Awareness And Raise Consciousness 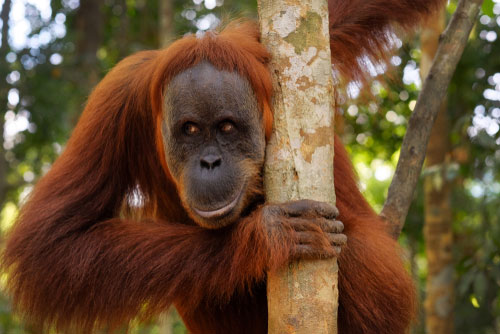 Teach your family, friends or colleagues about the issues around deforestation. Let them know about the consequences of deforestation. And empower them about how they can also use their consumer role to make a difference. At the same time, as a citizen, use your voting power and your local network and let the people in power know what type of changes you’d like to see in your condominium, in your neighborhood, city or district. As Netflix’s recent documentary states, it’s really important that we have a political voice if we’re looking for changes.

A Broader Perspective: How Can We Stop Deforestation?

Apart from people’s individual contributions to stop deforestation, from a political and systemic perspective, other more direct and hands-on actions approaches can be taken:

2 – Protecting forested areas by creating laws and policies that ensure forests are kept protected and restored and betting on land practices such as wildfire corridors;

3 – Reforming trade agreements, starting to value differently products obtained through deforestation, and creating incentives for the use of sustainable forestry certifications such as FSC;

4 – Educating local communities and tourists about the need to protect forests and develop and enroll in ecotourism activities.