The impact of digital technologies (responsible for 4% of greenhouse gases) is approximately split into the production and consumption stages. At the consumption phase, 80% of its impact comes from video, which has a huge carbon footprint. But how polluting can video really be? What types of video is being consumed the most? And how can video be regulated in order to limit its impact?

The Unexpected (And Non Eco-Friendly) Impact Of Digital Technologies

There’s a big chance you haven’t seen this coming. Afterall, who would dare to make such a ridiculous comparison between, for instance, the number of greenhouse gases released by the airplanes industry (one of the most polluting out there) and the digital world?

Well, according to a report from The Shift Project, a French non-profit think tank helping in the transition to a carbon-neutral economy, such comparisons where the impact of video if put into perspective is actually far from ridiculous. In fact, according to their most recent report, digital technologies represent around 4% of worldwide carbon emissions. Yes, 4%. Yes, worldwide emissions. And yes, this is a huge number, and one bigger than the emissions of civil air transport, that’s estimated at 2%.

The thing is – it’s only getting worse. The Shift Project says at the current path we’re at, if nothing gets done, digital technologies might get an 8% share of the worldwide GHG emissions by 2025 as the energy consumption required to feed digital technologies is increasing 9% a year.

The Shift Project’s report is focused on what they call digital sobriety. It means prioritizing the allocation of resources as a function of uses so that we can enjoy the power and benefits of the digital world without crossing the planet’s physical boundaries. For this to be possible, we need to question the pertinence of digital technologies. But before jumping into how we, as consumers, are constantly being seduced to consume digital content, let’s take a closer look at what’s behind the 4% GHG emissions of digital technologies.

Producing TVs, smartphones, computers and “others” (explained further ahead) consumed 45% of the total energy share (regarding digital) in 2017. And using terminals, networks infrastructures and data centers account together for 55% of energy consumption in digital technology, according to data from The Shift Project.

Yes – it’s exactly what you’re thinking – the consumption of data is responsible for over half of the impact of digital. But again, the thing is – it’s only getting worse. Why? Because Cisco’s forecast is that data traffic is growing around 25% a year. And of course, as data traffic grows, so will the infrastructures supporting it – increasingly consuming more resources and energy.

Though some tech companies are working on “fueling” their data centers with renewable energy, more commonly with roof solar panels, there’s still many that aren’t doing it or are still at an early stage. And there’s some energy problems that are hard to fix, especially the ones related with overheating and the need to consume more energy to cool the data centers. But if we go back and focus on this huge share of consumption, we realize 80% of it comes from video. This means video is responsible for around 1,76% of the total GHG emissions. But how?

The distribution of online data flows between different uses of digital technologies in 2018 in the world was the following:

On one side, “other video” stands for live tv broadcasting and live video such as skype, hangouts or telemedicine. On the other side, if you think of e-mails, websites, instant messages, storing photos, music and other files, company networks or the exchange of files during videogames – that’s the remaining 20% from “all non-video uses”.

The Impact Of Online Videos: And How They Aren’t Eco-Friendly

Online video accounts for 60% of online data flows. In 2018, it represented +300 MtCO2eq – a carbon footprint comparable to the annual emissions of Spain. Of this 60%, the largest share, 34%, belongs to VoD (video on demand), i.e., movies and series hosted and broadcasted by platforms such as Netflix, Amazon Prime, HBO, among others. From another perspective, this 60% are equal to 20% of total data flows, the equivalent to 7% of total GHG emissions coming from the digital technology industry.

Pornography comes after, with 27%, followed by tubes, i.e., videos hosted on streaming platforms such as Youtube, Dailymotion or Vimeo, with different contents for different audiences, with 21%. Finally, “others” accounts for videos hosted on social networks such as facebook, twitter, instagram or snapchat, also known as stories, which include small streaming services and videos hosted directly on a site.

Yes, videos have a huge impact and the forecasts are that they’ll grow over the next years. Why such as impact? Because they’re a dense medium of information. According to The Shift Project, 10 hours of an HD film represents a larger amount of data than all the English pieces of Wikipedia. And the truth is that the business model behind video, usually based on the number of views, has an ethical perspective we often forget to consider.

Looking For Sobriety In Video And In The Digital World

As we now understand the importance videos have in the digital technology ecosystems, as well as their carbon impact, it’s urgent to try to attenuate its impact, in a time where video consumption is expected to grow. The Shift Project reinforces the urgency of identifying possible levels of action that can further be turned into palpable actions with a wide effect.

Two approaches can be taken regarding the regulation of online uses, according to the French think tank: regulation by vectors or regulation by content. The first aims to act on the physical infrastructures, particularly in networks. For instance, establishing a connection between prices and the volume of data consumed, where low-cost options could be available for a reduced amount of consumption.

Regulation by content could be, for instance, intervening in the content broadcasted, such as the regulation of additive design techniques. For instance, the autoplay, i.e, when the next episode of the series starts within seconds without any request or approval, could be regulated. And some changes could happen too when it comes to sending notifications aiming to boost the consumption of content. Both ideas would likely mean orienting viewers towards a more conscious and responsible selection of content. This would also require the transformation of the digital industry business model, often based today not only on subscriptions but also on the production and resale of consumer’s data (under which it’s the longer we stay consuming data, the more information there is on us).

Regulating Video From Another Perspective

Moving on from how much is consumed (and trying to reduce it), we’ll probably also need to re-think the format and the size of video files. This will likely mean prioritizing certain categories over others, both in terms of resolution and size. In this way, reflection upon questions such as which videos could stay with, let’s say 480p, and which ones deserve a 4k resolution, might come in a nearby future. This might seem silly at first, but the fact is that the impact of online video is real, and in a world increasingly haunted by climate change, such choices need to be carefully made.

As The Shift Projects alerts, if we don’t proactively try to regulate how video should be used, we might end up with “pornography limiting the bandwidth available for telemedicine, or allow the use of Netflix movies at the cost of limiting the access to informational videos”. Not that we’re judging one over the other, just that policy-makers should plan ahead to avoid the negative consequences that reacting on the short-time might cause.

As humans evolved and progress of all kinds was made, a lot of brilliant, useful and pleasing ideas have been developed and implemented. However, we often only truly realize their impact when the harm is already done. Still, there’s a chance of avoiding further impacts as the video industry will still grow. Yes, it’s up for companies to include only the necessary videos in their communication strategies. And it’s up for governments to rule and create the best, wisest regulations. But it’s up to you as well to let them know what you think. To ask for better streaming plans where you pay less because you don’t consume that much. And to remember governments this issue matters to you and you want it addressed on their political agenda. And perhaps we should all moderate how much video we individually consume and remember that there’s a life of happiness associated with spending more time outdoors in nature and socializing? 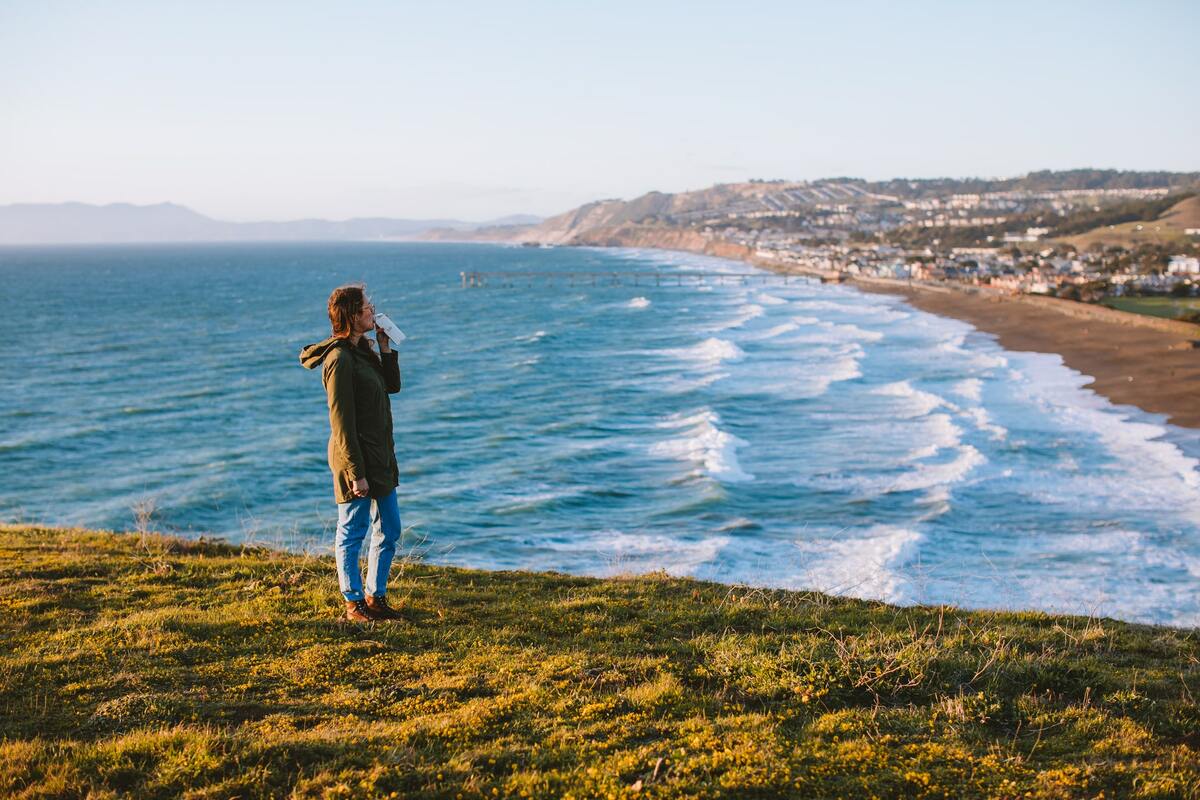