A lot is said about the Millennial generation. They’re the smartest. They’re the laziest. They’re the most proactive too – all at once. They’re digital natives with selfish traits. Business people wearing flip-flops. Entrepreneurs with a taste for social impact. Avocado lovers addicted to Netflix. Great at making virtual connections. Not so good at building meaningful relationships. In the midst of all this, what can we indeed assume to be the truth? Let’s at a closer look at Deloitte’s latest global study on Millennials and figure out what companies should pay the most attention to in order to attract and retain their best Millennial talent.

Hi, We’re The Millennials – Nice To Meet You

They’re often spoken of almost as if they were some kind of different species. However, they’re just the by-product of a new stage in the human development journey, subject to a different status quo compared to the previous generations. And because of Moore’s law, that states the pace at which technology changes and develops is increasingly higher than the pace at which humans can do it or adjust to it, they’re constantly faced with new things to keep up with.

There’s not a precise BC or AC regarding when generations end or start, but Millennial Generation (also known as Gen Y) usually includes the people born between 1980 and 1994. The Gen Z preceded them (1965-1979) and before them, the baby boomers (1944-1964) were the ones ruling the world. The Millennial generation is followed by the Gen Z (1995-2015) and today’s newborns belong to the Gen Alpha crew.

Millennials grew up facing constant changes and their brains were re-wired with a different set of priorities and expectations compared to other generations. According to Goldman Sachs, with less money to spend, they’re delaying commitments such as owning a home or getting married. They’re changing the rules of the game as they privilege renting (and the sharing economy) over owning. They’re about to take out the baby boomers as the largest living adult generation and their impact on the economy is and will further become more significant. Deloitte’s study is based on the viewpoint of over 1300 Millennials, born between 1983 and 1994, interviewed in 42 countries.

What Are Millennials’ Expectation Regarding Businesses 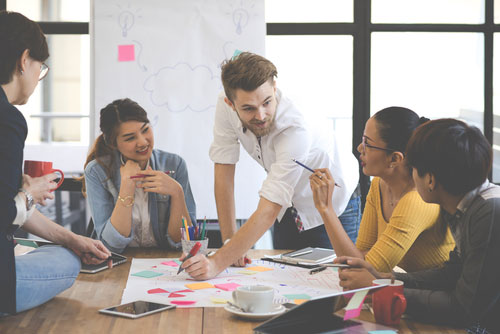 When it comes to the way Millennials view the world’s triple bottom line (the planet, society, and profit/business), their perspectives aren’t very encouraging. While only 26% believe the economy will improve on the next year, compared to 22% who believe the social/political environment will improve in the next year. Furthermore, 55% of Millennials believe business has a positive impact on society, a considerable reduction from 70% who thought the same back in 2017. This last decline shows Millennials believe businesses are focusing only on their own agendas and forgetting the harm they cause to what’s surrounding them.

And watch out businesses! 38% of Millennials revealed they buy less or stop buying from businesses they perceive are negatively affecting the environment or society. And 42% would buy more from companies having the opposite effect. The same is true for companies (not) being perceived as ethical, with percentages around 35%. Furthermore, 35% prioritize high-quality goods and services. This shows the importance CSR plays in today’s market, where companies actions like betting on renewables or product’s eco-design get the pole positions.

Moreover, 74% of the respondents said they wouldn’t work for more than 5 years for a business that doesn’t prioritize having an impact on local communities, and 59% said they’d do it for a maximum period of 2 years. The motives for wanting to leave an organization also have to do with dissatisfaction with the paycheck and the lack of advancement and professional development opportunities.  At the same time, they would gladly join the freelance economy, which is appealing to every 4 out of 5 Millennials, mostly due to the chance of earning more money, working for as long as they want or achieving work-life balance.

The World Via The Lens Of Millenials 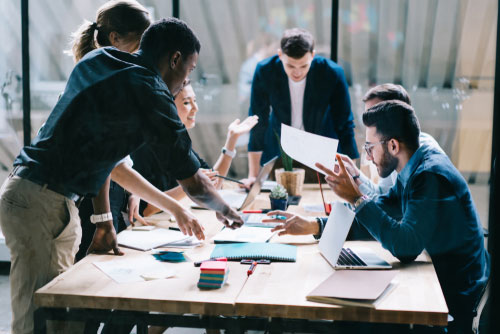 Millennials also lack trust in traditional institutions. Despite believing (29%) the government is best able to solve the world’s most challenging issues, compared to businesses, academia or NGOs, political leaders were referred to as the ones least likely to have had a positive impact and most expected to have had a negative impact on Millenials’ lives. In fact, only 19% of Millennials see political leaders as having a positive impact, compared to 57% who see them as having a negative impact.

Millennials are frustrated with the inaction or slow action of governments – the reason why so many are striking for the climate, following the Swedish 16-years-old climate advocate Greta Thunberg. Moreover, 45% of Millenials who have 0 (zero, niente) trust in political leaders and doubt they deliver reliable and accurate information. At the same time, 26% of Millenials have 0% trust in business leaders

Some more food more thought: 7 out of 10 Millenials believe their government leaders focus on their own agendas rather than the social ones. And it looks like these leaders aren’t very inspiring either, as 63% said politicians’ only ambitions are to retain or increase their power.

When asked to pick up their 3 biggest concerns out of a list with 20 alternatives, the top 3 concerns Millennials chose were are climate change, income inequality, and employment. However, 49% expect new technologies to create new jobs and that 1/4 believe industry 4.0 will have no impact. Crime, terrorism, and war were also in the top seven, indicating safety is also concerning Millennials.

Millennials also have a love/hate relationship with technology. When it social media, most of them (~60%) agree they’d have a healthier physical condition and would be happier if they reduced the time they spend on social media, and ~50% believe social media creates more harm than good. Cybersecurity is also worrying, as only 14% strongly agree that the benefits of tech developments surpass the risks it involves regarding sharing personal data and 9% are afraid they’ll face online frauds.

When it comes to their interests, over 50% want to make large salaries and be prosperous. However, Millennials’ priorities have shifted. They’re also looking forward to traveling and seeing the world (57%), while less said they want to own a home (49%) or start have children (39%).

What Businesses Should Watch Out Regarding Millenials 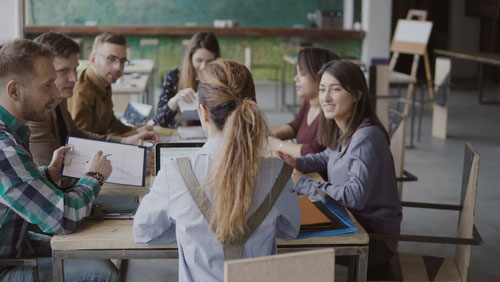 Businesses need to start or continue developing their CSR and sustainable development strategies. Millennials, (and Gen Xers) are expecting them to protect the environment and to care about society in general. It’s time that especially big businesses how their plans and how they’re contributing to solving the world’s largest and most imminent crisis.

Furthermore, businesses should also create a reputation (and a culture that follows) of paying fair checks and give employees autonomy and responsibility to manage their schedules and responsibilities. Collaborating with other entities, from the business side but also from the government and academia, and help the workforce build up the skills needed for the on-going technological transformation is also important. And so is asking only for the personal data that’s extremely needed, safeguarding operations and building up schemes to avoid cyber threats.

In the end, businesses must keep up to the expectations. Millennials (together with Gen Xers) are over 50% of the world’s population. Like it or not, the market depends on their values and wallet. So it’s up to organizations, private but also public ones and governments, to capture their attention, adjust to their needs and learn how to engage and communicate effectively.