China was, for the last three decades, responsible for managing nearly half of the world’s plastic waste. In April 2018, the Chinese government announced a new policy to ban the import of 32 kinds of solid wastes including plastic waste, starting in December 2018. At the same time, our planet has been facing a huge plastic crisis that is affecting our oceans and the environment. What impact will China’s new policy have in the environment? And could this possibly help to save the world?

Plastic Is Making Our Lives Easier. But At What Cost?

Because it is moldable, light, durable, and inexpensive, plastic became a very useful material in our economy and in our lives since it started to be produced on a mass scale in the mid 20th century. On the business side, it has allowed companies to market effectively, using appealing-looking designs and appealing-feeling packages that not only extend the shelf life of some products but also make it easier and more efficient to transport goods throughout the world. On our consumer side, we can not live without it anymore. It is in our containers, bottles, and cups, but also in our clothes, in electronic devices like cell phones, laptops or televisions, in the wheels of our cars, in our paints and in roofs on top of us.

Despite the value it brings, plastic has a huge impact on the health of our ecosystems. It is spreading all over the oceans and putting at risk the health and lives of all marine life from fishes and crustaceans to zooplankton and worms. These living beings mistake microplastics – tiny plastic particles of less than 5mm – for food, eating it and accumulating it in their stomachs, which gives them the feeling that they have overeaten. Eventually, they stop eating, start having health problems and die. This is how we’re damaging marine life and as a collateral damage, the food chain of birds as well. Not to speak that we also eat fish, crustaceans and sea salt, so we’ll soon end up eating microplastics too, as some studies on bottled water or shellfish are already suggesting.

How Did China Become A Global Recycling Superpower? 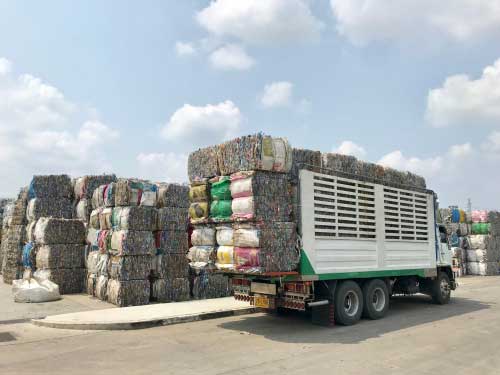 For a long time, many countries have been throwing away their plastic waste without giving it much thought. And what some saw as valueless garbage, others saw as an opportunity. In other words, western countries didn’t care about their waste but China did. That is why in the late 20th century China started buying waste from all across the globe, having imported 171 million tonnes of plastic waste between 1988 and 2016, with a total trade value of $81 billion.

China was using ships that could efficiently deliver plastic waste from other countries and recycling it in order to manufacture more goods to sell or export. But from December 2018, ships carrying 16 kinds of solid waste, including unsorted paper, the famous low-grade polyethylene terephthalate (known as PET) used in plastic bottles, among others, will no longer be welcome in Chinese ports. New limits on the levels of impurities in other recyclables, that are now allowed to have a maximum of 0,5% impurities (it used to be 5%), have been set as well. And one year later, in December 2019, other 16 types of solid waste like titanium and stainless scraps or wood waste and scrap, will be forbidden too.

Because of these restrictions, many countries that have been dependent on China will struggle on what to do with their waste and will be forced to reconsider their plastic waste disposals. In fact, a June 2018 study about the Chinese import ban and its impact on global plastic waste trade found out that this ban can potentially yield 111 million metric tons of “displaced” plastic waste by 2030. But where will this plastic go to?

Where Is The World’s Plastic Waste Ending Up Next? And Why Did China Come Up With This New Policy? 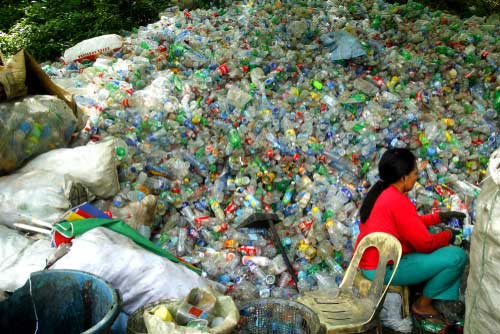 One of the first outcomes of the Chinese ban, that is already happening, has to do with an increase of the waste that will be sent to its neighbor countries like Vietnam, Indonesia, Malaysia or Thailand. This wouldn’t be something to worry about if these countries had the infrastructures to deal with this challenging plastic that is hard to recycle. But that is hardly the case: in fact, because of the variety of additives and blends used to manufacture all kinds of plastic products, it gets really hard to recycle it and only 9% of the plastic produced globally is recycled, according to a study from the University of California. The same study found that 12% had been incinerated, while a whopping 79% has either accidentally, carelessly, or purposefully been thrown into landfills or nature.

Nevertheless, even if they had China’s infrastructures and technology, Asian countries wouldn’t be the long-term solution to this problem simply because it’s not sustainable to throw away to a few places the waste of so many others. In fact, regulations to fight the unmeasured importation of waste to these countries are on their way as well and new policies are being made. But what is the point of these restrictions on imported waste by Asian countries? Did they just decide to give it a hard time on the western nations?

Well, as a matter of fact, these countries want to improve the living conditions of their people and of the environment that surrounds them. Altogether, between 2010 and 2016, imported plastic waste to China added an additional 10 to 13% to the country’s domestic waste, making it harder for the Chinese to manage all this waste. Having to face such big quantities of waste and given the lack of effective oversight and monitoring, environmental and health problems started arising because of the air, water, and land pollution. Besides being too much to handle, there are also some stories about local and abroad dealers that were illegally importing and carrying foreign garbage for their own interest. They were taking away the reusable parts after smuggling and dumping all the rest. 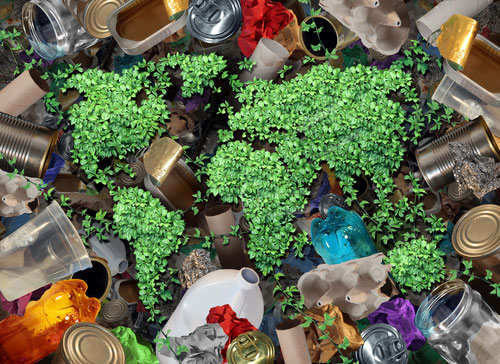 Indeed, China’s new policies to reduce the amount of plastic they import will have an immediate and negative effect on the environment. The plastic waste that they will stop receiving is either going to be sent to other countries, that lack the infrastructures to recycle it properly, or is going straight to landfills, betraying the principles of circular economy. From a global and short-term perspective, these policies to ban plastic waste are only going to make humankind’s ecological footprint worse.  They will leave western countries, that are not prepared to deal with their own recycling, with their hands tight looking for an alternative solution, increasing the overall pollution of the planet in the meantime.

But at the same time, these countries are empowering themselves and taking responsibility for the safety and the health of their people and of the environment that surrounds them. If we see this strictly from a local perspective (which we shouldn’t), they will be positively improving their own contribution to climate change. And let’s not forget that China alone has 18,5% of the world’s population and their buying power is rising as their mid-class grows, which promises to increase their own internal waste production – they’ll have enough of their own waste to deal with.

In the end, it’s undeniable that these policies are coming and at some point, western countries will be left with no choice but to handle their waste by themselves, which will be bad for the environment at first. This will probably force them to focus harder on two things. First, they’ll have to try to reduce the waste they produce – less waste means fewer problems handling it. There are already some movements, like the zero waste movement, that is trying to raise awareness to the power we have as citizens to handle our waste in an ecological way and as consumers to demand for less plastic.

In the second place, we’ll need scientists, governments, companies, and NGOs working together and coming up with bold and new ideas and managing strategies to deal with the plastic and overall waste that we’ll always create. Some technologies are already being developed and we know that many times it is only a matter of waiting until some recycling industry or disruptive solution (like bacteria that can eat plastic) looks economically interesting enough before someone decides to take a chance on it. No one is saying that profit is to be sacrificed, it is needed to survive in our economic system. But perhaps it is time to shoot closer to the break-even point and focus a little bit more on people and the planet before it’s too late? Imagine that western countries find and implement the right solutions to fight this waste problem in time. Then everyone will have their waste systems working and balance would be reestablished. Would we then give thanks to these new policies for having pushed western countries to re-thinking the way they used to manage their waste?