Are hydrogen cars greener than electric cars? Are hydrogen cars the best mobility alternative for the future? They don’t emit CO2 during the driving journey – does this mean they’re not polluting? Find out the basics about hydrogen-powered cars and what’s the best option to protect the environment today.

How Hydrogen And Electric Cars Work

A hydrogen fuel cell car has a hydrogen tank that feeds a fuel cell with high pressured hydrogen gas that’ll mix with oxygen. This mix starts an electrochemical reaction that produces electricity to power the electric motor. This means hydrogen cars have characteristics of both electric cars (due to the use of electric energy and motor) and conventional petrol cars (because of the tank). However, they represent a unique share of the transportation market and they’re also called FCVs (Fuel Cell Vehicles) or FCEVs (Full Cell Electric Vehicles).

Fuel cells are the main component of hydrogen-powered cars. Think of them as the maestro of all the processes happening inside the car so that it has the energy to move. Long story short, fuel cells turn the stored hydrogen gas (by mixing it with oxygen) into electricity. This electricity is then used to power an electric motor to propel the vehicle, without any toxic tailpipe emissions. In fact, the only by-product of the whole process is water and heat, as the result of the connection of hydrogen and oxygen atoms that forms H20 molecules. I know – it seems perfect, right?

On the other hand, electric vehicles (EVs), are powered by electric motors that pull current from a rechargeable battery or other portable sources of electricity. Once they are moving, there’s no chemical reaction happening either, only an electric one thanks to the power batteries were previously charged with. But which one is more ecological and sustainable? Electrical cars or hydrogen cars? Before drawing into final conclusions let’s first take a look at the most important characteristics of each type of vehicle.

The Pros And Cons Of Hydrogen And Electric Cars 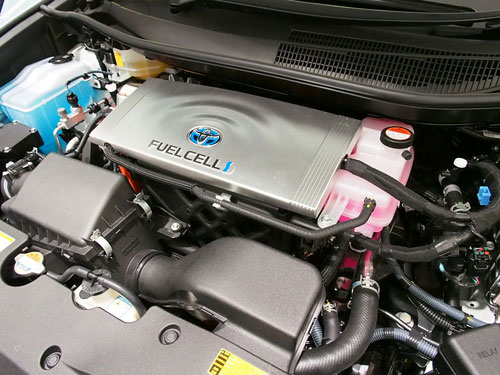 Hyundai Nexo (hydrogen powered) can travel around 330 miles or 550 km, which is around the same as the electric Tesla Model S, the best of its kind. Nonetheless, it’s hard to accurately tell the driving range of these cars. It depends on a number of metrics such as the number of passengers the car is taking, if the air-con is on or off, whether the car is on a high-road or stuck in the city center traffic, the type of vehicle itself… This is why different people have been reporting different experiences, due to their unique mix of all these variables. However, as hydrogen cars densely pack their energy storage, they’re usually able to achieve longer distances. While most fully electric vehicles can travel between 100-200 miles on a single charge, hydrogen ones can get to 300 miles, according to AutomotiveTechnologies.

The number of power stations for EV is growing every day and there were 20,000 electric charging stations in the United States by December 2018. A big number when compared to the less than 45 hydrogen refilling stations in the US, most of them in the California area, according to the US Department of Energy. Indeed, the infrastructure, supply, and the technology of hydrogen cars are still years behind electric vehicles.

The amount of time it takes to pump hydrogen into the tank is way more interesting (5 to 10 minutes, just like any petrol car) than the one from electric cars. While Tesla’s fast chargers (with 120 kW) give batteries 80% power in half an hour, the BMW i3 or the Nissan Leaf can take around 4 or 8 hours, respectively, to get fully charged. In the end, the time electric cars take to power depends obviously on the charging station and the type of charging connector. But whatever the combination is, and even with Tesla’s most recent V3 supercharger that’s still in beta testing in San Francisco, this is a clear win for the hydrogen car – all because of 1kg of hydrogen storing 236 times more energy than 1 kilogram of lithium-ion batteries.

The Real Problem: Getting Hydrogen 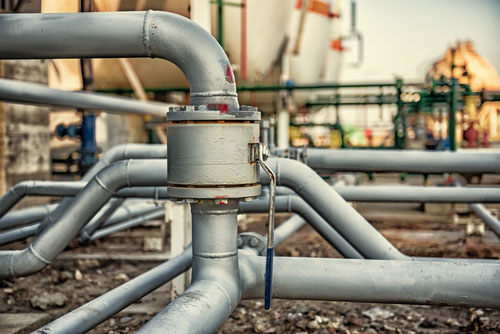 Although hydrogen is the most common element in the universe, it doesn’t exist in its pure form in the Blue Planet. This means that if we wish to use it as fuel for our cars, we need to produce it out of other compounds like water, natural gas or other fossil fuels, or biomass. And for this, energy needs to be used and environmental and economic costs enter the equation.

In one hand, we can get hydrogen in a clean way by reversing the electrolysis process of water. The problem is that this process of separating H20 molecules to get the hydrogen spends a high amount of energy, making it a very expensive process. However, if this energy is able to come from renewable energy sources like the sun or the wind, the net energy cycle can get very carbon low and the process turns more environmentally-friendly. Yet, another situation is the efficiency of the process, that’s only 75% efficient and allows for 25% of electricity loses.

This is why most today most hydrogen fuel is obtained is by the process of natural gas reforming, which is less expensive than electrolysis. The downside is that harmful by-products such as carbon dioxide and carbon monoxide are produced in the process, contributing to global warming. Furthermore, and although they’re becoming less frequent, methane leaks while extracting natural gas are not uncommon. And these molecules are not only 86 times worse than CO2, being responsible for around 25% of the global GHG emissions. The process of extracting natural gas – fracking – usually also has a significant environmental impact and can harm ecosystems, biodiversity, contaminate waters and cause minor earthquakes.

Some Benefits Of Hydrogen Powered Cars 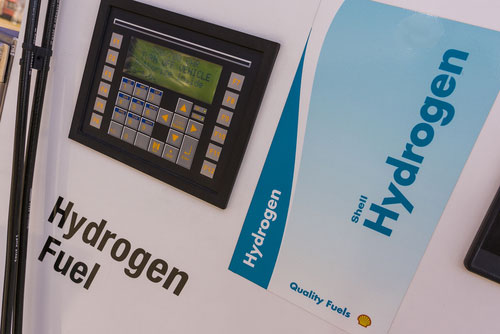 Cars with hydrogen fuel cells instead of the typical lithium-ion batteries from electric cars offer an attractive value proposition that seems to get rid of the problem of the end of the lithium batteries life cycle. This is a plus as for now, at a time when there’s still some uncertainty about the future of these batteries (from cars, but also from solar panels, cellphones and others) once they no longer serve their main purpose. They’re hard to recycle and some projects are being developed to reuse them as back up generators in urban buildings like hospitals.

As well, driving without any polluting emissions (as would happen if we considering renewable energy grids are growing worldwide with decarbonization) with the plus of being quickly refueled in 5-10 min compared to the best case scenario of 40 minutes charging or the most common scenario of 3-6 hours charging in electric cars, is an unquestionable win for the hydrogen mobility movement too.

Some studies also show the hydrogen economy has the potential to decrease global CO2eq emissions between 0 and 27%. This potential can be met once 1) methane leakages from natural gas are relatively low, 2) methane cracking is employed to produce hydrogen, and 3) a hydrogen fuel cell is applied.

Electric Cars Vs Hydrogen Cars – Which Is More Sustainable? 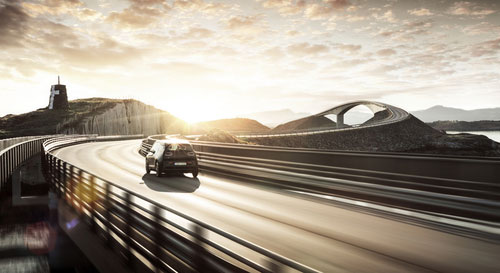 Despite the benefits mentioned above, most hydrogen today  (95% the US) is produced by the process of methane reforming. This tears apart all the potential of hydrogen-powered vehicles as a solution to fight climate change because of the carbon monoxide and dioxide that are generated in the process. As well, the need to use natural gas (a fossil fuel) that might escape during the extraction and transportation (via pipelines) phase isn’t very convincing either. Even if the methane cracking process is improved (and efforts aren’t turning that way) it isn’t likely to be a long term solution.

Yet, as technology develops, perhaps the water electrolysis process of getting hydrogen can be improved and further used as the process gets more efficient. Because the fact that hydrogen cars mean using energy twice (to make hydrogen and then using it to power vehicles) while electric cars can use the energy from the grid straight away is a strong argument in favor of electric cars. All because after converting electricity into hydrogen and back to electricity might involve energy loses up to 45% (including compressing it into a liquid and storing it), making it a not very efficient process.

However, while new methods of producing hydrogen are being developed, such as the proton exchange membrane, which, according to scientists, might get to an 86% efficiency, we need to wait and see what happens. Using the extra energy supply for hydrogen production and creating some hybrid version of hydrogen-lithium-ion cars can also be something, once more studies come out clarifying whether this surplus energy is more efficient to use in dams (not considering their other impacts) or producing hydrogen. As for today, electric cars are a more accessible vehicle – regarding the different types of cars and charging points. They include more efficient processes compared to hydrogen-powered cars and if their lithium batteries are re-used to meet different ends they’re liking to stay a more sustainable solution, at least over the next few years.