Is a circular economy the key to fighting climate change? How circular are human’s activities nowadays? In what ways can a circular economy help reduce greenhouse gas emissions? How can governments help in the transition to a more circular world? Let’s find out.

A Natural World That is Circular and a Linear Society

On January 22, at the annual World Economic Forum in Davos, Switzerland, Circle Economy revealed a report about the benefits of a circular economy. This paper focuses on how much the world could benefit from transitioning to a circular economy, especially from a GHG and climate change point of view.

When humankind arrived on Earth we found a balanced and healthy planet functioning in a completely circular way. Before humans, there was no such thing as trash. In fact, balanced ecosystem services alone do not know the meaning of waste. If we follow the ideas of Gunter Pauli from the area of the Blue Economy, waste from one natural kingdom is food for another species in a different kingdom. In the first pages of the report, the author reflects on how the planet achieved this balance to remind readers how our society works against, and not together with, nature.

Since the first industrial revolution humankind has been following a linear approach regarding how we use natural resources. We have been extracting, transforming, manufacturing, using and discarding resources – the linear approach. And we’ve been doing it a lot, actually. The report states that only 9% of the world is circular today.  This means that only 9% of 92.8 billion tons of mineral, metals, biomass and fossil fuels that enter the economy are re-used every year. As for the remaining 91%, experts from Circle Economy call it the “circular gap” and give insights on how to close it. 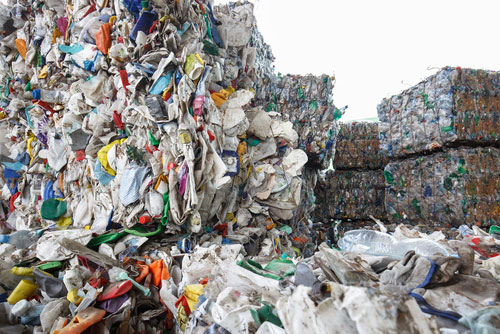 The report states that the global economy is heading in the wrong direction. It suggests that closing the circular gap would be a fundamental step in fighting climate change; while emphasizing that following this approach would require a shift in how society uses natural resources.

Circle Economy estimates around two-thirds of greenhouse gases (except those from forestry and land use) are released during the extraction, processing, and manufacturing of goods to serve societal demand. The remaining one-third of emissions happen when goods or services are transported or used. Another interesting insight is that society’s needs for housing, nutrition, and mobility account for over 80% of our total current material footprint.

From a percentage perspective of resource consumption, if today was not worrying enough, tomorrow does not look any better. According to OECD, the global use of materials is increasing fast and might double to nearly 167 Gigatonnes in 2060. Non-metallic minerals, like sand, gravel, and limestone, are expected to be ones growing the most, followed by biomass. The authors use Chinese development as an example to highlight this growth. China has less than 2% of its constructions reusing or using recycled materials. The report anticipates that following today’s linear approach, China’s housing and road constructions will demand 562 billion tons (twice more than today) of materials. Of course, this all comes with GHG emissions that will be released. Now what?

From a Linear Economy to a Circular Economy 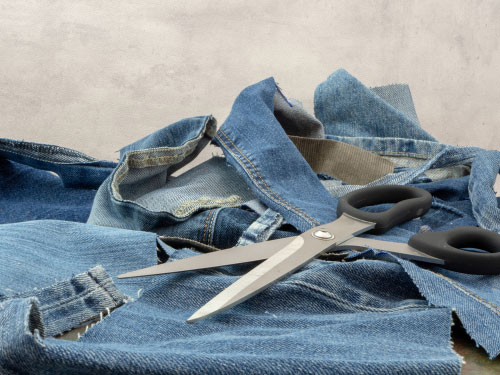 Circle Economy suggests we start doing things differently. The organization believes that GHG can be reduced if we improve resource efficiency and develop more circular business models. For example, we can start by adopting principles like re-using, re-manufacturing or recycling. The authors argue that the world’s supply chains should be re-engineered to go “all the way back to the wells, fields, mines, and quarries where our resources originate so that we consume fewer raw materials”. As a result of the reduction in GHG emissions, economies will become more efficient.

However, the report says that governments have yet to realize the potential of fighting climate with a circular economy. It states that the majority of government strategies trying to keep Earth’s average temperature under 1.5ºC are mostly focused on stopping deforestation and developing more renewable energies. So in a way, this report is a call for governments to leave the linear approach of taking, making, using and wasting and give the circular economy principles an opportunity.

What are these principles of a circular economy that protect the environment, after all? Optimizing a buildings’ lifespan, designing them for multiple uses, and reusing the construction materials, are just a few examples that can be used for all types of products. Improving recycling systems is another example. This can be done right away when products are built: they can be produced using a “modular design” that allows them to be easily re-manufactured. Finally, reducing material consumption and using low-carbon, biodegradable alternatives (like bamboo toothbrushes instead of plastic ones) are great examples as well.

How to Push For a More Circular Economy 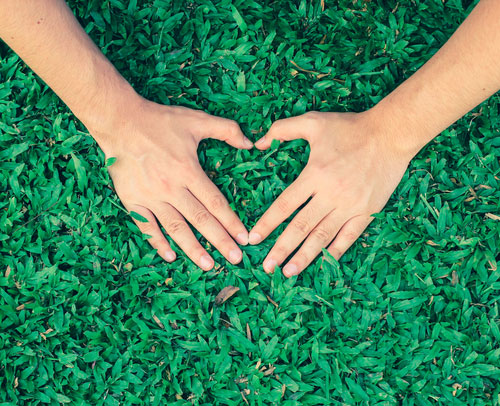 Of course, as consumers, we have some power to demand that private and public companies make the changes we wish to see. However, changes that happen due to popular demand require many people with the same beliefs asking for relatively specific changes on a well-identified problem. This issue is quite broad since it encompasses how society has settled into its operations. As a result, change is more likely if politics change the rules of the game.

Circle Economy, therefore, addresses some recommendations for governments that mostly focus on tax power and spending plans. The first suggestion is to put an end to financial incentives that encourage the overuse of natural resources (such as fossil fuels or palm-oil). The second is to lower taxes on labor to encourage recycling. The third is to raise taxes on emissions and excessive resource extraction.

Apart from everything we have discussed, the report also brings many insights about the 7 principles of a circular economy, society’s needs and wants, as well as how their circularity metrics work. Above all, the goal is to provide a framework and database to measure progress in closing the gap. In the report, a quote caught my attention. This assertive message that we can probably take an as universal sustainable goal and keep at the top of our minds. “The challenge of our day and age is to start reinvesting financial capital, via restorative business practices and policies, into the rehabilitation of natural capital.”