Should laptops be left plugged in or unplugged while being used? What is the best way of saving more energy? Let’s find out about this and the importance of taking good care of batteries.

Running Laptops On Mains Or Using The Battery

Whether its best to leave laptops running on battery power or keep them plugged in is a common question as people wonder how to act sustainably and save energy and money. A priori, when it comes to energy consumption, the difference between leaving a device connected or using its battery power seems to be insignificant.

A few years ago, it was still advisable to disconnect computers or other devices on mains because of the fear that batteries would get overcharged by the continuous consumption of electricity. Yet, this is not really the case nowadays.

Today, several sources (here, here, here, or here) show modern equipment is designed to stop charging once the battery is full and they only get back to charge when the battery discharges with use. In this way, you can rest assured that leaving your laptop plugged in continuously won’t waste more energy.

Leaving Laptops Plugged In Or Unplugged: A Battery Issue 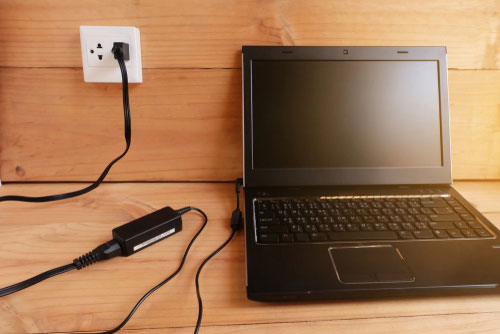 However, this remains an interesting issue to analyze from a perspective of battery life and sustainability. Because as batteries lose their energy storage capacity and we leave our old laptops and other devices behind and buy new ones, the environment is being hurt. Long story short: the batteries of these gadgets are mostly made from lithium-ion batteries that use Earth minerals that need to be extracted by the polluting mining industry.

The first thing to know if we want to preserve our laptops and the environment, it that we need to protect our equipment and extend its lifespan. When we look at the carbon footprint of our use of computer tools, we quickly realize that it is the manufacturing stage of equipment that has the greatest impact on the planet. It makes sense if you think about it because to make a laptop, a battery, a screen and the rest of electronics you have to extract resources, transport them, assemble them, re-transport them, package them, etc. Of course, the energy consumption of your laptop is also very important, but it is not necessarily the most decisive factor.

So to the question of whether you should keep your laptop plugged in or having it running on battery, it is important to find the answer that will preserve the battery better. But according to several experts (like Green It or Battery Academy) there is a method to extend the batteries’ life when charging them: avoiding extreme cycles. This means not leaving the battery of your devices get to really low levels before charging it. But let’s take a deeper look.

How To Optimize Battery Life 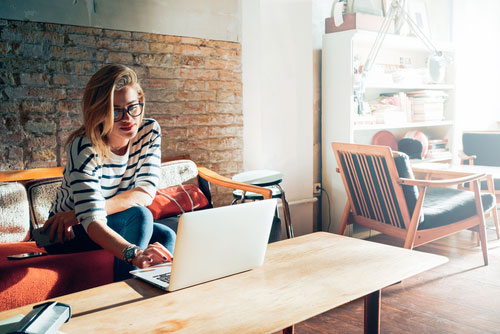 For example, a study Battery University says that a battery charged to 70 percent will get 1,200-2,000 discharge cycles, while a fully charged battery will have only 300-500 discharge cycles. In this way, ideally, you should avoid letting your battery drain too much (and keep it above 20-30%) but also avoid that it reaches 100% charge. It is therefore desirable that batteries are always charged between 40-80% load.

That would mean charging laptops up to 80%, run their battery until 40%, then charging and so on. A little tedious, then. For this reason, when using a computer that is frequently connected to a mains supply, it is recommended to set a maximum load of 80% to prevent the battery from being full at all times.

In the end, it does not pose a problem of energy consumption to leave laptops plugged in. However, this might damage the battery. So keeping your laptop with 40% to 80% charge is the second best thing to do. The first is to avoid as much as possible your laptop’s battery to get completely discharged. All together these best practices will prolong the life of your battery — in some cases by as much as four times.