How long is the perfect nap? What is the best time for a power nap? Is the 15-minute nap the best one? What is the caffeine nap? Let’s take a quick look around this issue so you don’t fall asleep.

According to a study published by the Sleep Research Society, during an average work afternoon, a disproportion of the circadian alerting signal to the rising homeostatic sleep pressure occurs, resulting in increased sleepiness and reduced alertness. Together with other cognitive and emotional metrics, this ends up reducing productivity levels.

This is why taking a nap can become an important habit among organizations that want to raise the productivity of their workforce. By being more productive, workers have more time to do more for their organizations and/or for their personal lives. However, stigmas and negative perceptions around those napping during working hours are not uncommon. But not everywhere.

Taking A Power Nap Is Cool And Has Productivity Benefits

In America and in some other western cultures more focused on appearances, there is some stigma around taking a nap. However, in places like Italy, Greece or Spain, most people have mid-afternoon breaks known as riposo, mesimeri and siesta, respectively.

In Japan, there’s the practice of inemuri (sleeping wherever, whenever), daydreaming or sleeping – which is perceived as a sign of devotion to work that shares some blur lines with burnout and exhaustion. Some Japanese businessmen even go to sleeping pods during the day to get some quiet, quality sleep time.

But in many other places taking a nap is not an option. There is no place where to do it. There is no time to do it. Or liters of coffee end up replacing a power nap too. But there is time to scroll social media – often unconsciously as a strategy to re-direct mental focus – Alger et al. share in their review.

People are not superhuman and it is one’s ability to know when to focus and when to get distracted that dictates how productivity we are. And the truth is that the benefits of pausing while scrolling the web or while napping aren’t the same. But after all, what are the benefits of taking a power nap?

The Benefits Of Taking A Power Nap

According to the Centers For Disease Control And Prevention, one-third of Americans don’t get enough sleep. The lack of sleep affects employee performance and also health and safety issues (due to more frequent accidents and injuries). Several studies, some of them covered by a meta-analysis published in the Journal of Applied Psychology, speak of these effects. That’s why Alger et al. point out it may actually be more expensive for organizations not to allow taking a brief power nap during working hours (which would increase total daily sleep time).

Concretely addressing the benefits of taking a nap, a study by Ficca et. al says it appears that a day time nap “as short as 10 minutes can improve alertness and performance for about 2.5h in the face of prior sleep loss and for almost 4h if preceded by normal sleep“. Moreover, the authors also say naps appear beneficial for the memory consolidation of recently learned materials.

Other, more recent studies such as the one published at the Sleep Magazine show taking 10–20-minutes in the afternoon “under well-rested or moderate sleep restriction conditions seem to have the best cost/benefit trade-off.” It says that taking a nap shorter than 15 minutes tends to avoid sleep inertia and slow sleep waves and works well at increasing alertness.

Other studies also conclude that while its effects are different across individuals, the length and the time of day, naps have plenty of benefits. They can facilitate memory consolidation and subsequent learning, emotional processing, and even provide additional somatic benefits. On a more physiological level, napping has stress-releasing and immune effects as it reduces the levels of the stress hormones while normalizing the levels of immune-regulating molecules.

Because of the benefits we just spoke about, encouraging employees to take naps can actually be an interesting practice to improve productivity and well-being while reducing avoidable risks. It would also likely increase a company’s CSR reputation, which would be good in terms of employer branding.

There are some strategies already in place by “outsider” individuals already dedicated to taking laps. While some book meeting rooms, others go to their cars or to lounge areas pretending to be some meditation. But the best would certainly be if companies lived up to the benefits of taking naps and provided proper places where a 10-20min nap could take place quietly and consistently.

Let’s also keep in mind not to sleep for more than 30 minutes to avoid starting a deep sleep phase from which one wakes up feeling groggy: that’s why this work nap is often referred to as a (quick) power nap. And did you know there’s also the caffeine nap? It’s quite simple.

For the caffeine nap, all you have to do is drink your normal after lunch coffee and go take your nap. As you won’t sleep for longer than 20 min and that’s how long your organism takes to process the caffeine, it’s the perfect timing as you’ll start feeling more alert. This helps in the sleep > back to work transition.

[Image credits to businessman on Shutterstock] 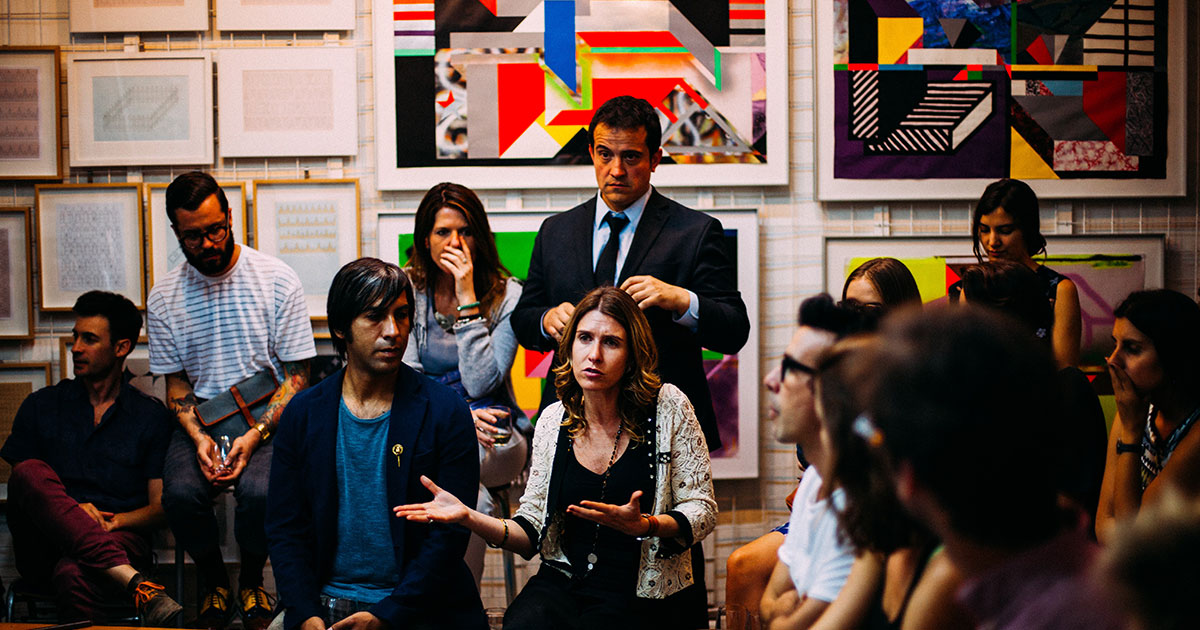