Permafrost is not so perma(nent) anymore. It is melting in an irreversible process at a human time-scale. And it’s increasing global warming and causing economic, human and environmental damage.

Permafrost – From Creation To Destruction

If you’re not familiar with extreme latitudes, chances are you’re not used to seeing or thinking about permafrost. But rest assured, it is still there, though no one knows exactly for how many generations to come. Permafrost is defined as ground, soil or rock, including ice or organic material, that remains at or below 0°C for at least two consecutive years. This organic material that makes up permafrost is made of decomposed remains of plants and animals collected over hundreds to thousands of years. And ultimately, it is made up of carbon, specifically, CO2 (carbon dioxide) or CH4 (methane), both greenhouse gases, previously metabolized by bacteria and fungi many years ago.

Permafrost soils contain ∼1700 gigatonnes (Gt) of carbon in the form of frozen organic matter, nearly twice as much carbon than is currently in the atmosphere. And where exactly can it be found? In approximately 24% (23 million km²) of the northern hemisphere, from Siberia to Alaska or some regions in Canada. In the South, in a smaller volume, in higher mountains in New Zealand, in South America’s Patagonia or obviously in Antarctica. In these places, the ground is at or slightly under 0ºC and is highly sensitive to temperature changes, especially to the warming of the air temperatures and its impact on the ice and snow.

The thing is permafrost isn’t that permanent anymore as the poles get part of a positive warming loop with climate change. As permafrost melts, it releases carbon and the surface albedo decreases, increasing the absorption of solar rays by the Earth’s surface. As the bacteria that were previously frozen are back at producing carbon,  greenhouse gas emissions increase, creating a perpetual circle as more warming leads to more permafrost melting. This phenomenon where the surface gets increasingly warmer due to thawing permafrost emissions is also known as the permafrost carbon feedback (PCF). But how much warmer are the poles really getting? And how worried should we be about this? 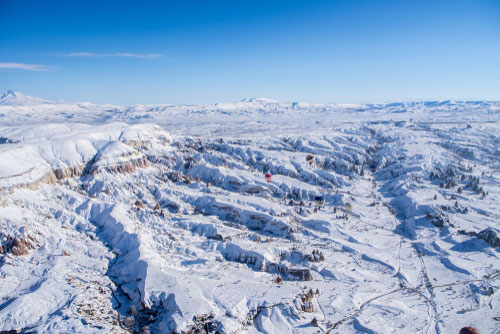 According to a recent report published in Nature, the atmosphere in the poles and in high elevation regions has been warming faster than anywhere else over the past few decades. Now grab your warmest jacket, imagine a temporal lapse between 2007 and 2016, and jump right into a permafrost area. According to this report, over this period the ground temperature near the depth of zero annual amplitude in the continuous permafrost zone increased by 0.39 ± 0.15 °Celcius. And in discontinuous permafrost areas, the temperature warmed by 0.20 ± 0.10 °C.

WWF goes even further. The Panda organization says the Arctic is warming up approximately twice as fast as the global average. And they set the tone warming permafrost melting will be widespread due to this global warming loop. They say hundreds of billions of tonnes of CO2 and billions of tonnes of CH4 will be released back to the atmosphere as organic matter stops being frozen and starts being decomposed. But are the climatic consequences of this carbon release and temperature warming? 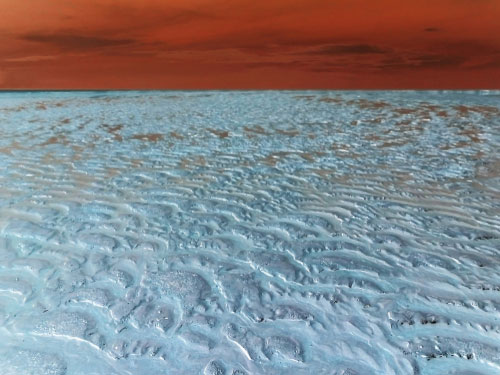 Carbon releases are expected to increase global warming by 0.13–0.27 °C by 2100 and by up to 0.42 °C by 2300, according to a report from Nature. At the same time, a study co-produced between the diverse organizations and academia institutions shows there will be 120 ± 85 Gt of carbon emissions from thawing permafrost by 2100.

These numbers are equivalent to 4.0% of total anthropogenic emissions considering a scenario where emissions keep rising throughout the 21st century – the RCP8.5 scenario. Differently, if we manage to keep close to the 2º Celcius increase, the range of cumulative emissions in 2100 from thawing permafrost decreases to between 27 and 100 Gt carbon and the impact on temperature to between 0.05 and 0.15 °C, though the relative fraction of permafrost to total emissions increases to between 3% and 11%.

Although projections show 60% of permafrost emissions will take place after 2100, not accounting these emissions risks overshooting the 2ºC target in the long term.  But are indeed the factual consequences of permafrost melting, both today and in the long run?

The Harsh Consequences Of Permafrost Melting 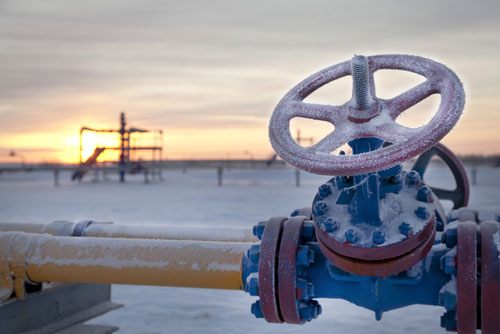 A study from Cambridge University and the National Snow and Ice Data Center estimates melting permafrost emissions will cost US$43 trillion until the end of this century. This value can go up to $300 trillion by the year 2200.  From health impacts to agricultural losses, ecosystem changes, inundation from sea level rise, the formation of new lakes from melted water and the contribution to the climate change crisis. WWF’s report says 80% of these economic impacts will be felt in developing countries.

According to Nature’s article, around 4 million people and ~70% of current infrastructure in permafrost regions have a large potential to have its near-surface permafrost melting down until 2050. In fact, one-third of pan-Arctic infrastructure and 45% of the hydrocarbon extraction fields in the Russian Arctic are in regions where thaw-related ground instability can cause severe damage to the built environment, even if the <2ºC temperature increase scenario is secured – the report says.

This happens because when infrastructures were first built in polar regions, it wasn’t really considered the fact that the soils could become waterlogged or sink. With all this talk, it is now pretty obvious this can happen are there’s the need to prepare for the meltdown of permafrost, first by gathering detailed risk exposure information, and later by developing expensive engineering plans. And this concerns not only extraction fields but also homes, roads or waste containers.

Moreover, plants in the northern mountains depend on snow cover until late spring/summer as it provides plants shelter against extreme weather winter events. Simultaneously, this cover also shortens the length of the growing season, preventing the establishment of more southern plants. So as the snow disappears, this dynamic will likely change and threaten the Arctic plants, Nature’s report also warns.

How Can We Stop Permafrost Melting 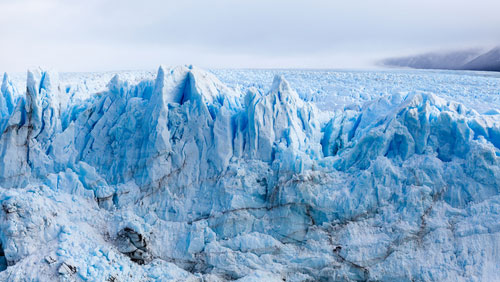 The fundamental question that needs answering is: how much permafrost is indeed susceptible to climate change on a timescale that matters to human decision-making? It depends. It depends on the permafrost carbon feedback and how much carbon is released and how fast. Many scientifical scenarios say 5-15% of the cast permafrost carbon pool will be released under a scenario where humans make progress and slow down global warming.

15% max one might think. Yes, but if the estimates are that 10% of terrestrial permafrost has around 150 billion tons of carbon, the release of this amount at a constant rate is truly significant. Not even comparable, however, to the ~35 billion of co2 that’s released every year. A recent study claims $25 to $70 trillion costs of Arctic warming adds between 4 and 6% to the total cost of climate change. A cost that’s expected to reach $1,390 trillion by the year 2300 if emissions cuts are not better than the Paris Agreement, according to the National Geographic. So yes, unless immediate action is taken to slow down carbon emissions, permafrost thawing in the Arctic might just add $70 trillion to the overall cost of climate change.

We need to invest to reduce the costs of renewable energy and expenses with energy conservation. Policies need to be developed or re-designed to find an optimal balance between, for instance, tax incentives or carbon pricing policies like carbon credits, encouraging companies to have CSR and sustainable development strategies. Awareness needs to be raised among consumers, making them understand that buying from unethical organizations that don’t care about people and the planet while doing business is the same as voting for corrupt politicians to govern. We need more conscious leaders, people helping to step deforestation and to build more green and resilient cities. We need change, lots of it.