For a long time, planes have been much blamed for greenhouse emissions and global warming. For many years, they were considered the most polluting way of transportation. Trains, buses, and even cars – all vehicles were said to perform better than planes. But is this “common sense” still true nowadays? According to the latest data, not really. Let’s find out.

Are Planes The Most Polluting Means Of Transport?

To answer this question, we first need to understand two things. First, how pollution by means of transport is measured. And second, how comparisons are made.

In fact, to assess the emissions of a type of transport we must first know its fuel consumption per km. This number must afterward be multiplied by a specific emission factor (that depends on the fuel used). We then need to add this figure the emissions of the manufacturing and end of life phases of the vehicle analyzed. And if it’s a plane, radiative forcing emissions need to be accounted for too. Afterward, the results are weighted and divided by the number of passengers and the number of kilometers traveled. The result will be a number measured in g of CO2 /passenger/km.

The “problem” is that doing these predictions means taking (a lot of) assumptions. For instance, the number of traveled kilometers, the vehicle model or the number of passengers are taken as standard values even though they’re not. In the end, all these assumptions affect the final result. Below we can find the pollution figures of the European Environment Agency report (EEA):

Is A Plane More Polluting Than A Car? It Depends On The Assumptions

Looking at the numbers above, the plane seems to be the most polluting means of transport. Nevertheless, if we check the assumptions closer, the results might be tricky.  For instance, the figure of 55 g of CO2 /passenger/km for an average car assumes that the car is occupied by 4 people. But is this assumption realistic? Not according to the Union of Concerned Scientists that claims the average occupancy rate of a car in the U.S is 1.54 people per vehicle per mile. The point is that with fewer people all the car pollution would be up to 110g for 2 passengers or even 220g for 1 passenger.

Simultaneously, the 285 g CO2 /passenger/km for the plane considers an occupation rate of 88 people. But is this figure true in all circumstances? Definitely not. Let’s examine Delta Airlines and their 717 Boeing. It has a capacity up to 134 people and the company had an 85,5% occupancy rate in 2018. If we do the math, it means an average of 115 passengers instead of the 88 used in the figures above. Therefore, planes would score better (lower) than 285g CO2/passenger/km as the total pollution has a higher number of people to be split with. And of course, if we considered a bigger plane, the figures would still be different as they make bigger trips and consume more fuel.

In the end, if we use vehicle occupation assumptions different from the ones at EEA’s study we’ll get different figures. Therefore, we shouldn’t say with all certainty this means of transport is better than that. It really depends on assumptions such as distance or number of passenger. But other variables can make a difference too. 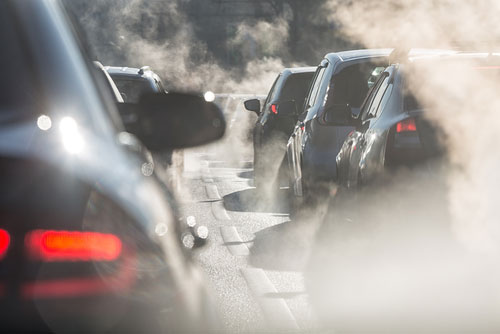 These studies can have more bias than the ones mentioned above. Why? Because to have a realistic figure, variables like recent technical evolutions or start and stop engines need to be considered too. Driving inside cities with the air-con on means a higher fuel consumption, for instance. In fact, in recent years, CO2 emissions from planes have been reduced significantly, driven by technological and technical optimization programs such as ACARE2020, Cleansky or SESAR projects. Because of it, the CO2 /passenger/km emissions in flying have been falling much faster than those of cars. The data from EEA is quite old and doesn’t necessarily consider these technological evolutions. Because of this, it should be taken with care.

Recent studies seem to generally agree that a plane isn’t necessarily the most polluting means of transportation. That’s why it’s also being said a car pollutes just as much, and often even more than a plane over equivalent distances. For example, a study by the University of Michigan Transportation Research Institute states the energy intensity of car transportation is on average 57% higher than air transports. In other words, a car emits more CO2 than the average planes because they consume more energy to transport the same amount of passengers.

As well, according to the International Council on Clean Transportation (ICCT), on average, on a long journey, a car with 2 people emits a little more CO2 than if these two people had flown. And a car with 3 people emits on average only 15% less than if the 3 had made the same trip by plane. Of course, the analogy can only be justified for comparable distances: it is obvious no one will make New York – Sydney by car. 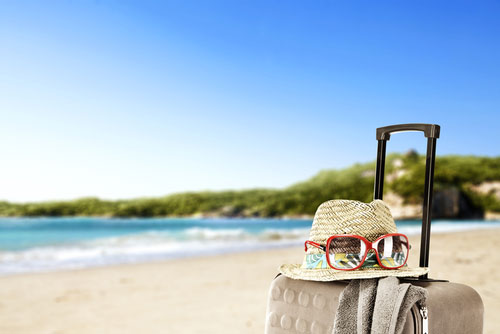 In addition to all we’ve been discussing, other indirect factors need to be considered too. Let’s think about traffic jams for instance. A car stuck in a traffic jam emits 2.5 times more CO2 compared to normal traffic conditions. At the same time, a car with air conditioning on emits 7 to 20% more CO2. In this way, taking the car (with 3 people) for holidays can mean a larger carbon footprint than flying. Hence, other types of emissions, such as fine particles, which are much higher for road transportation, should be considered too.

In the end, a journey by plane is often environmentally better than one by car for long journeys. All other things being alike, choosing the plane increases the occupancy rate of the planes – which will take-off anyway whether you are in it or not. Doing it also reduces traffic congestion and, therefore, optimizes the overall transportation networks. Most times, if you’re carrying less than 4 people in your car, choosing the plane will give you a lower CO2 footprint. And the longer the distance, the more this logic is true. Why? Because a plane’s CO2 emissions are higher during the take-off and landing phases. So the longer the flight is, more kilometers or miles the plane will have to soften the impact of these 2 phases. Overal, despite the total emission being larger, the co2/emissions per km get lower. 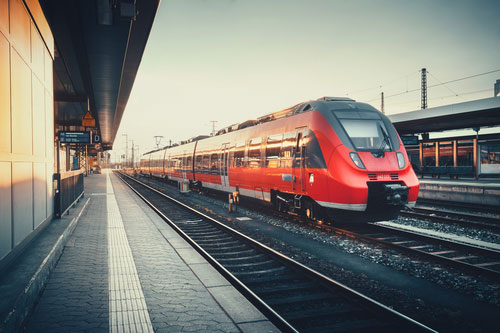 Nevertheless, we shouldn’t now see flying as a trivial routine. Planes remain a very polluting and problematic means of transport. Admittedly, air transport is extremely polluting – but so are cars. Air traffic represents less than 2-3% of the global CO2 emissions whereas road traffic accounts for around 10% of these direct emissions.

Still, planes remain among the most polluting means of transport, together with cars. On a journey of, for example, 500 hundred kilometers, a plane pollutes 10 to 50 times more than a high-speed electric train and 5 to 10 times more than a bus. Environmentally speaking, the growth of air transport isn’t, therefore, desirable. Although it can be good if people use their cars less, it’s bad if it encourages them to take a plane instead of a train or the bus.

In the end, the problem is that globalization calls for the growth of the air transportation sector. And instead of replacing the pre-existent and polluting means of transport we’re creating new transport opportunities (new flights and new routes) that increase pollution levels. We’re finding out new and more destinations that push us to travel further away and to pollute more. Bear in mind that, for instance, a Paris-New York flight emits about 1 ton of CO2. That’s almost the entire annual “carbon budget” a person should limit himself to fight climate change. This limit should be 1.39 tons of CO2eq per year per inhabitant, considering a 7,9 billion population and 11 billion tons of CO2 ecosystem absorption capacity.

Overall, reducing our transportation needs (by plane but especially by car) is one of the best ways we have to reduce our carbon footprint. And mind taking the train whenever possible!