What if we got out of work a little earlier? What if our work schedules were shorter on a daily basis? Can this be the secret to a healthier, more productive life? And can it make companies more efficient?

Today, the professional world is reinventing its organizational principles. Companies and employees are increasingly finding that businesses’ traditional organizational methods are not functioning well: burn-outs multiply, stress-related diseases at work increase, boredom (and the famous bore-out) are part of everyday life of employees in many companies… Companies are therefore increasingly thinking about new ways of functioning that allow them to adapt to a more flexible, digital, and open social and economic context.

Thus, companies and employees are trying out teleworking, walking to work, napping at work… They are also trying new ways of organizing working time, such as increasing leave times or taking regular breaks during the day.

But among the latest trends, there is one that is beginning to emerge among the most productive companies in the world: the reduction of the daily volume of work. And what if working shorter days made it possible to be, at the same time, better in life, better at work, and to boost the productivity of companies? 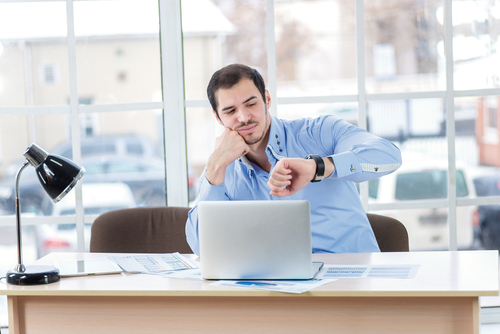 Shorter Working Days: Why Do We Work 8 Hours A Day, 5 Days a Week?

The 8-hour day became the traditional pattern for workers during the 20th century. We start working around at 9 am and finish between 5 and 7 pm, depending on the meal break time. By the time the sun is starting to come down the most common of mortals has already carried out about 8 hours of daily work. But why eight hours? This idea, which seems obvious today and ends up being something we do without thinking much about it, is inherited from a simple slogan that’s almost 200 years old.

It was the beginning of the industrial revolution. Companies were flourishing thanks, in particular, to the labor power of their employees. Companies were pushing employees to work as much as possible and most people (I mean, most men) worked between 12 to 15 hours a day, 6 days a week. Robert Owen, a British textile-manufacturer started discussing the idea it’d be more productive if companies had happy and healthy employees rather than exhausted employees who’d make more mistakes and have more accidents. So he launched a social program to improve the quality of life of his employees, stopped child labor and reduce their working schedules. In 1817, he launched a slogan “Eight hours labor, eight hours recreation, eight hours rest”, a program supposed to symbolize the balance of a working day.

But it wasn’t until Henry Ford, the American automobile manufacturer and the mastermind behind the production line that we moved from working 6 days a week to working “only” 5. Ford found out shorter workweeks increased productivity among his employee. But more importantly, he realized he needed his workers to have more leisure time to go for road trips and enjoy, and therefore buy, the very own cars they were building. 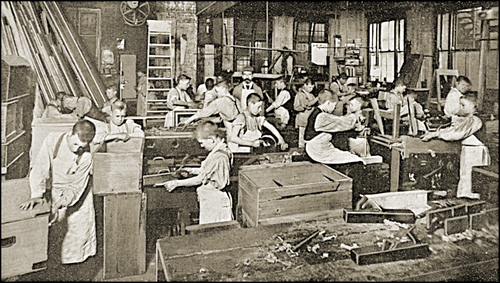 The idea of working 8 consecutive hours in the day is in complete contradiction with the way our body works. Our organism is unable to be productive for 8 consecutive hours, notably because of what is called the “circadian rhythm”, that is to say, our daily biological cycles. How our body reacts during the day depends on many factors: our hormones, our diet, our exposure to daylight… And what scientists studying these issues have found is that we have a very specific biological rhythm. Thus, we are more productive at certain times of the day, intellectually and physically speaking.

For example, we know that the human body has two productivity peaks in the day. The first takes place mid-late morning: after waking-up, the brain activates gradually and becomes very active before noon (up to 1 p.m. on average). There follows a period when the brain is not very productive (until 3-4 p.m.). Then the body reactivates gradually and reaches a maximum of productivity (on the physical plane) until 5-6 pm. In summary: the body is made to think in the morning, to do tasks requiring little concentration in the early afternoon, and physical tasks in the late afternoon, early evening. Some studies suggest that the body also has a peak of creativity in the evening around 9 pm. Of course, these rhythms are not always accurate. They may vary depending on the people, their sleeping hours, or their eating rhythm. But it is generally the normal functioning of the human body.

When working from 9 a.m. to 6 p.m. in an office, with a break from 12 to 1 p.m., for example, we are in complete contradiction with our natural rhythm. First, we are on meal break exactly when our brain is most active. Then we spend almost a third of the day (from 1 p.m. to 4 p.m.) working when our body is the least productive… Finally, it is only in the morning (when we are more productive overall) that we are aligned with our pace.

Because of the accumulation of cerebral fatigue, working all this time is connected to lower results in both cognitive and intellectual tests. Being in the office for more than 8 hours a day is associated with poorer overall health an with a 40% higher risk of developing heart disease or stress related diseases. Another study conducted by the Laboratory on Health and Safety in the UK shows that long hours of work induce fatigue, stress, headaches, cardiovascular disorders (note, “long hours” includes travel time!). Some research goes so far as to say that working more than 8 hours a day sitting at an office is as bad for health as smoking tobacco.

And above all, more and more studies tend to prove that an individual can focus only their attention on intellectual work for a limited time! Some studies say 52 consecutive minutes, others say 1h30… But overall, the results show that in a day, we are only really intellectually productive for about 6 hours, provided we take good breaks.

Less Working Hours For More Productive Days: What Is The Ideal Working Time? 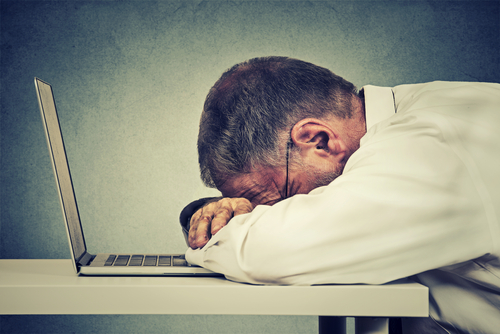 In the end, scientists generally agree that the ideal daily working time is around 6 hours, and more concentrated in the morning. This is what is being practiced in Sweden, and they are currently experiencing significant success. Thus, workers take advantage of the hours when they are most productive, and concentrate in the afternoon other daily activities (including social, sporting and cultural). This freedom allows employees to better manage their fatigue, their work-life balance (fundamental for productivity), and also allows them to rediscover everyday life outside of work. Experts in psychology have shown that this way of organizing working time (short working days punctuated by short periods of vacation) is the one that makes employees happier, together with working longer and taking longer vacations. It is, therefore, better to work less daily and take small frequent holidays, especially since long holidays seem to have a detrimental effect on mood and productivity!

In short, over 200 years later, almost all companies are still working under the 8-hour journey premise. So it’s not surprising that a working framework developed 200 years ago to improve workers’ precarious conditions is letting the majority of today’s workforce unsatisfied, disengaged and in burn out. Science has shown our whole way of organizing working time is unsuited for our psychology. Rather than working long hours each day, working shorter hours means more intense and concentrated productivity. And rather than spending our whole day at the office, we should fragment our working time, and concentrate it more in the morning.

So if you want to be more productive, happier and healthier, it’s time to adopt a different lifestyle. And it may start by spending less time at work!