What is the definition of universal basic income? Why did it become so popular all of a sudden? How realistic is it? Won’t people stop working once they get paid for no reason? Let’s find out.

There’s a particularly interesting World Economic Forum’s Annual Meeting that took place in Davos (as usual) in 2019. The purpose of that year’s conference was to discuss how to improve our societies and design a better version of globalization. Apart from some news questioning how eco-friendly the business and government leaders flying there in private jets were, everything was going reasonably normal. At least until the Dutch historian showed up.

The video of Rutger Bergman saying he felt like he was at “a firefighters conference and no one was allowed to speak about water” went viral in the days following the conference. Bergman was expected to contribute to the panel discussion on inequality by adding the perspective of universal basic income (UBI). Instead, as he recently told Trevor Noah in the Daily Show, the fact that days had gone by and “everyone was avoiding to talk about the T-word”, i.e., taxes and tax avoidance, the historian decided to go for a quite controversial speech.

However, a universal basic income was far from being a new idea, despite its popularity rise over the last years and now in 2020 because of the effects of the new coronavirus is having on the economy.

Some pilot tests have been implemented across the world in specific regions within countries like Finland (whose 2 years program recently ended), the Netherlands, Italy, Canada, Uganda, Kenya or India – we will review their results just now. Moreover, one of the former candidates to represent the democratic party in the 2020 United States election, Andrew Yang, was delivering the promise of giving US$1000 per month to every American if he got elected president. But what is an universal basic income after all?

What Is A Universal Basic Income? UBI Definition

What is the definition of a universal basic income? A basic income is a policy where citizens get a certain amount of money during a determined period, with no strings attached. Individuals don’t have to work to earn it and they can spend it however they want to. Everyone gets the same no matter what their gender, family structure, housing costs or employment status is. Make this a national (or even global) policy and you’ll get to the concept of universal basic income.

Some well-known figures have in fact discussed or supported the idea of adopting a universal basic income. From the British philosopher Thomas More (who wrote the famous book Utopia in the 16th century) and the Nobel prize of economy Milton Friedman, to Martin Luter King, the former US president Barack Obama or the busine ss entrepreneur from Tesla and Space-X, Elon Musk.

The Benefits Of A Society With A Universal Basic Income 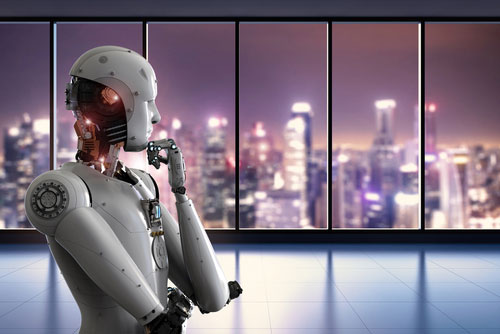 UBI supporters stand upon different arguments to sustain the need to think about developing universal basic income policies. One of the strongest has to do with the fact that AI and automation is coming and between 400 million to 800 million jobs worldwide might be automated by 2030. Moreover, 75 million to 375 million may need to switch occupational categories and learn new skills, according to McKinsey. In this way, the tech-caused unemployment argument defends UBI as a way of transition to a society where people work more on a part-time basis and have more spare time.

All this, while getting a certain amount of money. It can also be useful, according to Yuval Noah Hariri, the author of the famous book Sapiens, as a way of making sure people get a living during a transition period. The Israeli defends people will they need to develop new hard skills to work in a mostly tech-based job market as their jobs get increasingly automated. During this adaptation period, people might need an UBI that guarantees their livelihood.

Then there’s also the argument that apart from this transition role, a universal basic income would also help fight many of today’s economic problems. That’s why economists and policy analysts are interested in how UBI would affect, apart from employment, society as a whole. They are particularly interested in the effects a universal basic income would have on people’s sense of security regarding their income, according to O’Malley’s and Rothstein’s report.

A universal basic income might, for instance, increase the bargaining power of workers by leaving them more comfortable to look for fairer working conditions. Furthermore, a basic income of USD $12,000/year for every American would make the economy grow around 13% by 2025, according to data from the Roosevelt Institute.

And what if – you might claim it is an utopian view but many experts will likely tell you all great ideas we have today we once revolutionary and judged as crazy – people started leaving their unpleasant jobs? They would have more time to dedicate to, for instance, art activities such as music or painting, or even risk opening their own companies, developing recreative communities… simply because they would have an UBI backup in case things go wrong? In times of quarantine with people all over the world staying home, we remember the important of the artists who produced the books we read, the movies we watch or the songs we listen to.

This space to dedicate to arts could improve both people’s well-being and their entrepreneurial mindset. And it seems to be what happened in Finland, where despite the fact employment didn’t improve, the life quality of the participants did. Poverty was eradicated and entrepreneurship got a boost. This is not to speak of hypothetical improvements in health, especially due to depression reduction. Furthermore, Bergman defends people might even get smarter as they overcome their mental scarcity. Some studies suggest it might lead to a 13 IQ points increase. 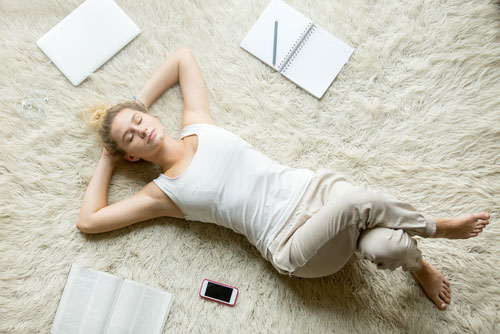 But won’t people stop working? You might ask. It is still too early to tell with certainty. But this 2016 study suggests this is not the case and that transfer programs won’t discourage people to work. At the same time, a universal basic income wouldn’t likely be a great salary that would allow excessive consumption or some luxury.  The people getting them would still need to work to have the chance of enjoying expensive experiences and buying products.

There are also the worries that a universal basic income is spent on drugs and alcohol. The same study from above also says there’s no significant connection between money transfers and the an increase in the consumption of goods such as alcohol and tobacco. In fact, according to Bergman’s book Utopia For Realists, poor people in countries like Kenya and Uganda used their money wisely and even got to improve the living conditions in their villages. Moreover, according to a study from the University of Manchester, programs like the universal basic income will likely mean households will put their money to good use and poverty will likely decline.

Another concern or motive for disagreement is perhaps the fact that, for instance, in the US, many people still don’t have basic literacy skills while others struggle at completing basic financial forms. Would these people be able to innovate and improve their lives all alone? Perhaps not. Perhaps they would still need some assistance.

And what about those who don’t need the money? Is it fair that rich people get the same share of money and contribute to emptying the funds from which the money comes from? Is it fair that an UBI replaces medical and social securities (because states give people their welfare money and stop providing these services over all) and young people who have less health problems take money from the same cake as old people, even though they won’t probably need so much assistance? Or the opposite for education expenses. And we can go on and on, using this point from Milton Ezrati in this Forbes article.

Should We Continue Assessing The Potential Of A Universal Basic Income? 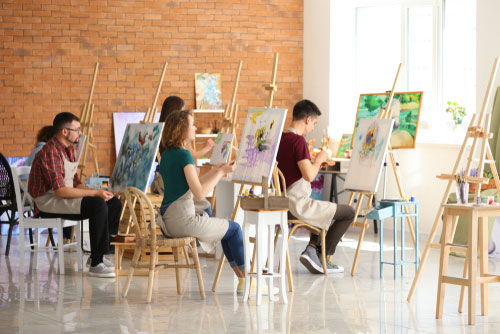 The paper from O’Malley And Rothstein suggests the ongoing pilot studies need some adjustments in order to be truly effective and give valuable insights about the relevance of developing universal basic policies. Specifically,  the authors say it’s important to define better what would be a positive outcome of a UBI pilot, which doesn’t necessarily have to do exclusively with UBI.

Do we effectively want to increase employment? Because the Finish study will say UBI didn’t work for them. Or do we expect UBI to leave people happier? Because it indeed happened in Finland. What social ills do we want to fix? Do we want people to improve the resilience of their local system, as Daniel Wahl’s regenerative view suggests? Because that seemed to be what happened in African countries.

Do we have a common, widespread vision where people will work less (as an effect of automation and economic wealth that’s fairly distributed) and dedicate more time to their education, to develop creativity or to design solutions to fight climate change? Perhaps a world where people meditate more often and can learn to control the responses of their autononous nervous systems and enhance their immunity, as did Wim Hof, known as the Ice Man?

O’Malley And Rothstein suggest that, right now, UBI is proposed as a solution to many different social ills and its details are often underspecified — so it’s not clear who’d get money, how much, or how it would be funded. So questions like how a universal basic income would fit with existing programs (or replace them?) and how nations would pay for it requires holitisc answers backed up with realistic solutions.

In the end, we can say more experiments will probably need to be done to assess whether a universal basic income would be a good idea. But before running these studies, different actors of society need to agree on and co-design how a better future would look like. Otherwise, assessing the impacts of new policies without having agreed on the desired outcome may just be a waste of time. And money.