The world needs innovators. It always has. People living during the time of the industrial revolution, in the late 18th century would probably think of flying machines that can take pictures and film as a fantasy. Yet, drones seem to be a normal average gadget nowadays. It’s because of men and woman that went further than everyone else that today most of us live a safe and, up to some degree, techy life.

These different men and women were the ones helping to build today’s world. One where literacy rates are at 86% and life expectancy is 72%. Where poverty has come down from 44% in 1981 to less than 10% today. The British Thomas Savery invented the first crude steam-powered machine and opened to way to fast land transportation. Bell invented the telephone and Steve Jobs make them obsolete by making smartphones the new normal. Marie Curie did pioneering researches on radioactivity and Josephine Cochrane invented the dishwasher. Today, Elon Musk is taking the lead with electric cars and Patrick O’ Brown and Impossible Foods are creating vegan meat burgers.

Human curiosity, passion, fear, needs or perhaps our dreams, you name it, all contribute to making our species journey an everlasting one. And today, as we’ve recently seen in our article “The world’s top risks for 2019“, we’re being seriously threatened by, for instance, climate change events, cyber attacks and cyber frauds, migration or biodiversity loss. This is why we need these innovators, these different people that can make a difference at a large scale, to tackle these and other challenges coming ahead. But what is it that makes them special? What are innovators made of after all?

What Is Innovation? The Details Of The Lightbulb World 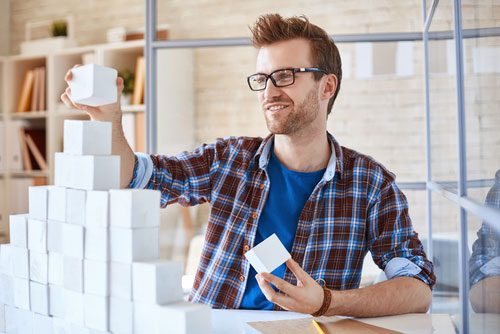 Before we jump into what are innovators made of we first need to define who are innovators. And the answer is not rocket science: innovators are people who innovate. What’s not that simple is to get to the meaning of innovation, especially as some of the top-ranked websites are actually wrongly defining it.

In our sustainability dictionary, we have a more detailed definition of innovation, based on the Oslo Manual, published in 2018 by the OECD. In simple words, innovation is a new or improved product or process (or a combination thereof) that differs significantly from the unit’s previous products or processes and that has been made available to potential users (product) or brought into use by the unit (process).

In the process, a value is created or preserved and there’s a requirement of implementation, i.e., this value needs to be put into use or made available for others to use. Otherwise, we’d just be talking of inventions. In this way, innovation implies turning an idea into a successful service, product or venture, a process that’s also known as entrepreneurship. Now that we got it clear, the time has come to see what entrepreneurs or innovators are made of.

The personality, traits, and skills of innovators can are very important to the areas of science that study innovation and entrepreneurship. However, what innovators are made of can change depending on the innovation and its context. Because, using the examples of a Harvard Business School study, the geeky personality of a young tech founder will unlikely be the same as the one of a 50-something immigrant founder that is opening a somehow alternative store with her family members.

After analyzing several studies on this subject, we came to the conclusion innovators usually have these 5 traits:

Innovators are confident people. They are not afraid of risk. Instead of fearing the unknown, innovators are confident about the opportunities that will come. They trust their judgment and abilities and are able to make decisions under pressure. Furthermore, this confidence also seems to be somehow related to optimism, i.e., innovators have a general disposition toward having unrealistic beliefs in good outcomes. However, they’re not overconfident as they understand listening and taking advice makes it easier to avoid making mistakes.

Innovators have their curiosity and perceptiveness extremely well developed. This allows them to better identify needs and opportunities in places where no one else is looking. Once they perceive there’s a gap to fulfill, their fertile and “out of the box” minds develop an innovative way to approach it. In their “incubation” period (part of the classic stages of the creative process), they exercise their creativity and nurture themselves in their own special way. Some go for a walk or a forest bath. Others do sports or practice meditation and yoga. There are still the ones that brainstorm or sing in the shower.

3 – Innovators Are Open To New Experiences

Innovators are open to new experiences. In fact, openness is one of the most important personality dimensions to foretell the ability to innovate, studies say. These innovative people easily cope with the different ambiguous situations they face every day and they have no problem making decisions under circumstances of doubt or fear. The road of innovation maybe be a long and often dark one, but these brave individuals are looking forward to new experiences that might come along.

4 – Innovators Are Driven and Motivated By Change

Innovators are intrinsically motivated by change. They enjoy improving products, services or situations even if sometimes there’s no extrinsic reward. They have a huge internal motivation to contribute to a change and they usually have a strong personal initiative. This means innovators’ behavior is self-started, pro-active and able to overcome barriers. Furthermore, this characteristic is sometimes spoken of as N-Ach, or need for achievement. It means that the desire to accomplish something difficult keeps innovators motivated.

5 – Innovators Are Resilient And Passionate

Innovators are resilient. Things might not work well on the first try, yet, innovators will take another change. But even before going for the second round, they’ll give failure a hard time as they’re tuff and hard to take down no matter what unexpected troubles arise. It doesn’t matter if it’s a door that is closed in their face, unanswered phone calls or emails, that money is short or a supplier went broke – innovators quickly recover from all adversities, stand up (quickly) and find a new (better) way. This resilience trait is often associated with passion for what they are trying to achieve. A passion that comes from the inner belief that failures and adversities are nothing compared to the value of what innovators are trying to accomplish. This enthusiasm is what keeps them resilient and able to move forward despite all the challenges.

To write this article we mostly used data from the following pages: Entrepreneurs, HRB, a meta-analysis on creativity, a paper from City University London, paper on innovation traits, Universitat Tubingen, Multicountry Study