Bonduelle’s agricultural and food industry business covers vast land areas and requires the significant availability of natural resources such as plants, water, and energy. The Bonduelle Group has always paid special attention to the land areas it works with, which are also often the agricultural basins that are essential to the continuity of its business. It is important for the Group to preserve the long-term environmental and social value of this land.

Each of the 54 Bonduelle sites around the world takes care of their immediate physical and socio-economic environment according to the unique identity and challenges of their agricultural basins. Carine Gonçalves, Environment and Energy Manager, introduces us to territorial management “by Bonduelle”—the Group approach and concrete examples from a few sites.

Territorial management as a driver for the “zero loss” objective.

One of the five macro-objectives for 2025 in the Bonduelle Group CSR Strategy is to achieve “zero loss.” Behind this simple and transparent objective, the Group hopes to acquire the means to avoid wasting natural resources in the short term and to preserve the long-term environmental value of the areas in which it is established.

For the Bonduelle Group, the territorial angle consists of coordinating interdependent local challenges that arise around group sites:

Within the Group, each agri-food industry entity designs and leads its action plan to preserve local land value in line with this roadmap.

The Renescure site (Nord) – the second largest Bonduelle Group site – has participated since 2014 in a methanization project started by two partner farmers. Each year, 10,000 tons of inputs (cow manure, green waste from mowing lawns, sprouted teguments, and byproducts from the Renescure plant) are processed by the Flandres Énergie agricultural power plant. Through this partnership, plant waste from the site is recovered in a true circular economic perspective: fermentation generates the biogas that feeds a co-generation engine that produces electricity – purchased by EDF (French Electric Company) – and heat. This is used for self-consumption, and the surplus is sold to the La Wostin’ agricultural and food corporation, enabling it to reduce its gas consumption. The digestate, rich in nitrogen, phosphorous, and potassium, is recovered by spreading. In this way, 94% of the related plant compounds from the Renescure site are recovered. The three main partners are less than 2km from the Renescure plant, which limits transport and greenhouse gas emissions in what can be called an efficient local ecosystem.

By relying on the momentum started by the Renescure site, the Ecopal association (Non-profit association under the French Law of 1901) coordinates a network of more than 200 companies in the Dunkirk basin for the concrete application of industrial ecology. An inventory taken in 2014 helped identify and quantify all flows (water, energy, and materials) entering and exiting companies, to identify industrial synergies with other local industrial stakeholders. Gradually, these synergies are becoming established: resource sharing for waste collection, reuse of lost flows, researching waste recovery sectors, corporate awareness and information about environmental best practices, etc.

Each site seeks relevant solutions in its immediate environment. Thus, since its construction in 1993, the Rosporden site (Finistère), has entered into a partnership with a farmer who collects celery paring waste to feed his cattle. Also in Rosporden, wood waste, especially used pallets, are collected by Emmaüs to feed a boiler.

The Bonduelle Group has been established in Aquitaine since 1978, and the Labenne (Landes) site is the group’s largest site in the region. In 2005, Bonduelle created Soléal with three cooperatives in the Southwest, in an endeavor to develop and establish the sector in the region. This organization helped each to benefit from the expertise of the others, optimize production costs, and create synergies to produce more, and above all, produce better.

Also with the objective of creating synergies and building employee loyalty, many Bonduelle Group sites are members of employer pools. Used to reinforce teams with seasonal employees (see also the article entitled “At Bonduelle, seasonal employment provides opportunity, not instability” – Bonduelle helps ensure that seasonal work no longer means insecurity), these approaches are also used to recruit for open-ended contracts. For example, the Rosporden (Finistère) plant is a member of the Cornoualia employer pool, within which, the goal is to create sustainable shared jobs together with the other 190 members. The principle is simple: employees benefit from open-ended employment contracts and divide their time between two or three companies. This helps companies to have the just-in-time resources they need while ensuring continuous employment for workers. Among the 162 Cornoualia employees on open-ended employment contracts, 39 individuals join Bonduelle Rosporden each spring and remain until the fall. The networks are created with several companies in the same labor market.

Preserving biodiversity around the sites

In addition to its roadmap to promote agricultural ecology, oriented toward soil protection, Bonduelle plans to establish an action plan to preserve biodiversity in the immediate environment of its sites. The first milestones were set out in 2016-2017, in three areas:

Without waiting to acquire full knowledge, the Bonduelle sites are acting to promote biodiversity. The Bordères and Labenne (Landes) sites are concrete examples of this.

The Labenne site, located near a natural reserve, planted a fallow area with flowers, installed bee hives, and provided bird feeders. It is also an example of how to recreate a complete ecosystem while beautifying the landscape!

At the Bordères site, a wooded wetland (categorized as a type 1 ZNIEFF – zone naturelle d’interet ecologique, faunistique et floristique – Natural area of particular interest in terms of ecology, fauna, or flora) has been preserved. It is a nesting site for little egrets (Egretta garzetta). The rainwater infiltration basin created at the time the site was built in 1989 is a body of water with banks and shallow areas colonized by plants, fauna, and water birds (egrets, gray herons, swans and ducks). In 2014, during the construction of its fence, the site took into account the potential presence of fauna specific to the banks of the Adour river (Natura 2000 Area) since the Adour has a hydraulic connection with the watercourse flowing alongside the water treatment plant. The passageway for small fauna such as the European mink was maintained by preserving an ecological corridor (greenbelt plus a fence with openings).

At Bonduelle, territorial management has as many facets as the group has sites. All the plants, each with its own ecological, social, and economic environment, are implementing the roadmap defined by the Group. Two indicators were also defined to monitor its results: the share of sites having developed products in connection with their local communities (47% in 2016-2017), and an indicator of awareness of “local conditions.” The latter helps the factories to identify the areas of remarkable biodiversity within their scope. For the first year, in 2016-2017, six of 39 sites (39 of 54 were part of the Group scope for consolidation of environmental data in 2016-2017) identified remarkable areas on their land.

These indicators attest to the Bonduelle Group’s desire to enhance its territorial management approach with precise objectives and concrete action plans. 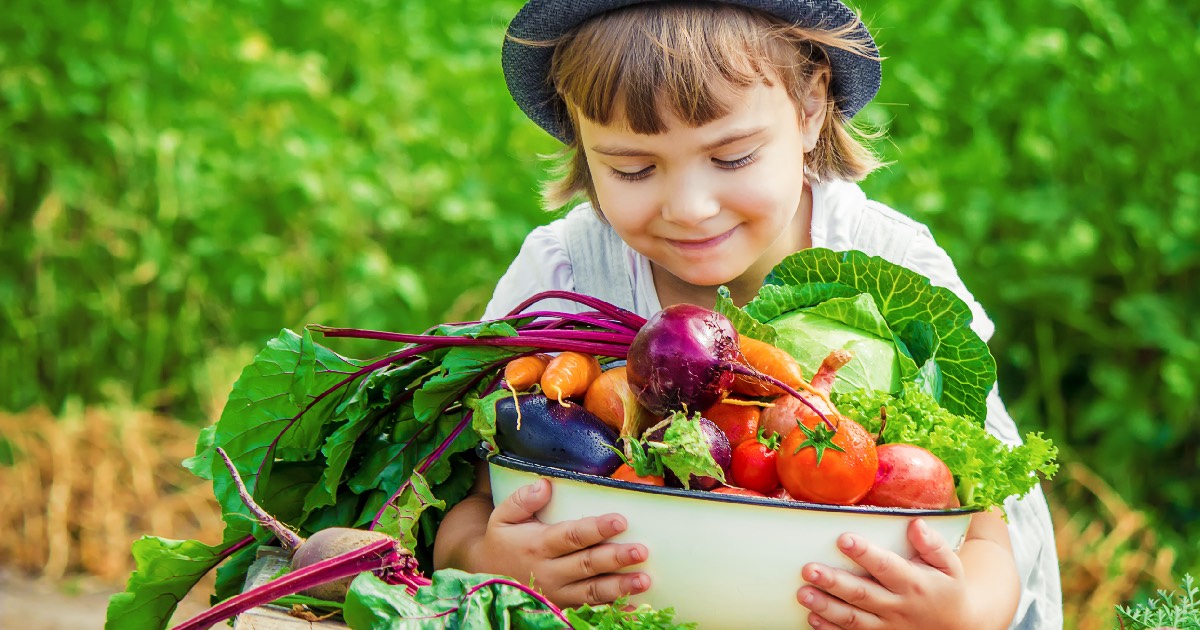 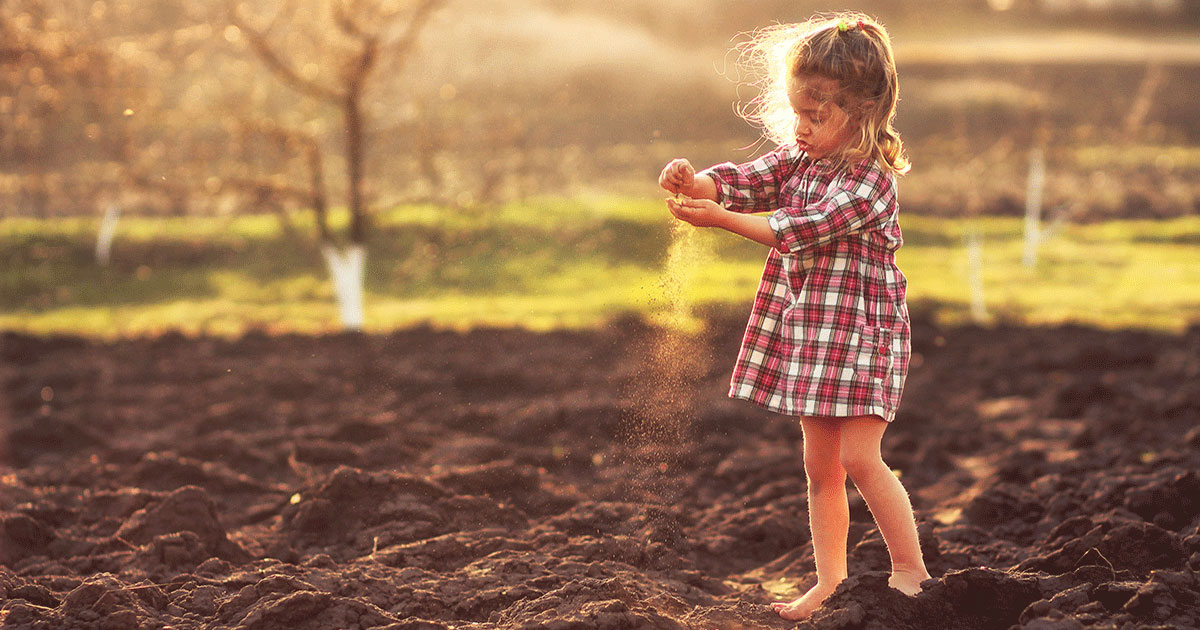 For the Louis Bonduelle Foundation, it is clear: to protect our planet, we need…

100 % packaging designed to be recyclable or reusable by 2025: Bonduelle looks back…