What is biodiversity? The concept of “biodiversity” – what does it mean exactly? How are human activities having an impact on biodiversity? What are the consequences of the disappearance of biodiversity? e-CSR decrypts for you.

Biodiversity refers to all species and living things on Earth or in a specific ecosystem.

To describe biodiversity, the following terms are also often used:

The term “biodiversity” refers to the variety of living organisms. Biodiversity brings together the different species and forms of life (animal, plant, entomological and other) and their variability, that is to say, their dynamics of evolution in their ecosystems.
Traditionally, there are three levels of biodiversity: genetic diversity, species diversity, and ecosystem diversity. But what does each of these levels really mean?

Genetic diversity is about the diversity of genes existing in the living world. Between and within different species there are different genes and different expressions of genes. And this genetic variability contributes to the multiplicity of life forms,  physical and biological characteristics and, depending on the interaction with the environment, phenotypes.

Intraspecific diversity refers to the genetic variation of individuals and populations of the same species. Humans having white or black skin, blond or brown hair, blue or green eyes is one of the many examples of intraspecific biodiversity.

On the contrary, interspecific biodiversity refers to the diversity of living species among themselves: by their number, their nature, and their relative importance. Let’s say humans (or sapiens sapiens), a species with currently 7.7 billion organisms, have a higher diversity than, for instance, the low number of African elephants that are currently facing extinction. 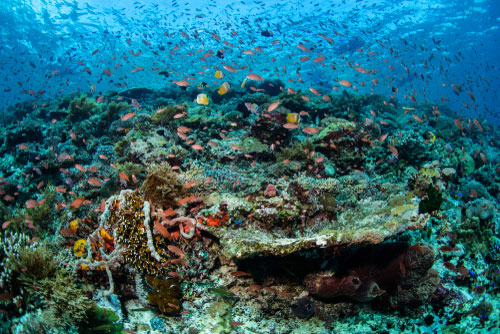 Ecosystem biodiversity refers to the variety of ecosystems, by their nature and number, where living species interact with their environment and with each other. For example, on Earth, there are different ecosystems, each with their specificities like deserts, oceans, lakes, plains or forests. And even within these ecosystems, there are special details like cold or hot deserts, boreal or tropical forests, warm or cold water coastal regions… Each ecosystem has its own peculiarities, species, and ways of functioning.

At each level and between them, interaction is a primordial idea that emphasizes a constantly evolving reality. In fact, biodiversity isn’t limited to the static inventory of living species at a given moment. The assessment of biodiversity and its interactions applies to all types of organisms (plants, animals, bacteria and others) and to the ecosystems of which they’re part and in which they interact.

Biodiversity in danger: the impact of human activities on biodiversity loss

It was in the late 1980s that the concept of biodiversity became a major concern. This attention followed the increasingly obvious recognition of how human activities had been responsible for the degradation, fragmentation, and destruction of ecosystems and their biodiversity. Indeed, humans have been contributing to the disappearance of 60% of the world species since 1970. Not only because of our industrial, economic or urban activities but also because of how they all together contribute to climate change and its extreme events.

At the 1992 Earth Summit in Rio de Janeiro, an essential step towards the preservation of biodiversity has taken. Biodiversity was acknowledged as a crucial part of the sustainable development agenda. Therefore, in the Convention on Biological Diversity treaty, the signatory nations committed to protecting the diversity of life and restoring already degraded ecosystems.

Biodiversity loss: what are the consequences?

The gradual decline in biodiversity (we are even talking about the extinction of many species today) has many consequences for humankind. For example, the disappearance of certain pollinating insects such as butterflies or bees makes some agricultural productions more complicated. For instance, bees are very important pollinators of food crops and without them, the spread of biodiversity loses reach. The disappearance of some species can disrupt ecosystems and make them more fragile.

For instance, find out in the 2 videos that follow how the disappearance of wolves changed a whole ecosystem and how whales have a role in regulating the climate.

Biodiversity protection: how can we protect biodiversity?

Protecting biodiversity is a very complex task because most of human’s actions have a negative effect on ecosystems by weakening them. For instance, human activities generate pollution that affects living species. Deforestation destroys the habitat of many animals, insects, and plants.

Our agriculture favors certain productions neglecting others and leading to the destruction of certain ecosystems like tropical forests and species like orangutans. In order to protect biodiversity, it would, therefore, be necessary to change our economic model of consumption to minimize our impact on the natural environment. Such changes could be, for instance:

Protecting biodiversity is also fundamental for businesses. In fact, the protection of biodiversity is part of the specifications and guidelines for sustainable agriculture, particularly in organic farming. It is as well present as an element of the sustainable development strategy of the ISO 26000 standards. These standards work as guidance and proof of companies wanting to have socially responsible behaviors.

For the wider professional world, however, the measures to be developed for biodiversity are often more abstract and less easy to identify than, for example, actions to reduce greenhouse gas emissions.

These difficulties are somewhat mitigated by the initiative of the international organization ECOCERT. Because of it, there’s a “Biodiversity Commitment” certification that not only guides companies on how to have policies that are more biodiversity-friendly. It also officially recognizes these companies’ efforts by certification this specific component of their corporate social responsibility (CSR) strategies. 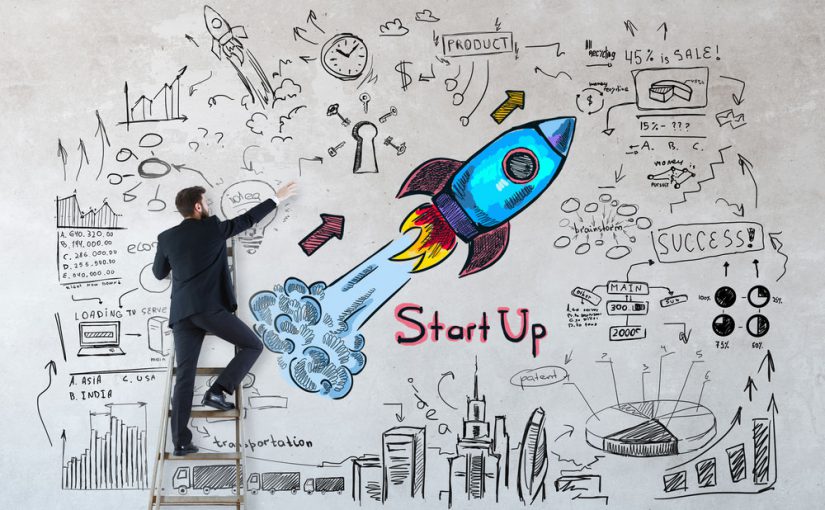 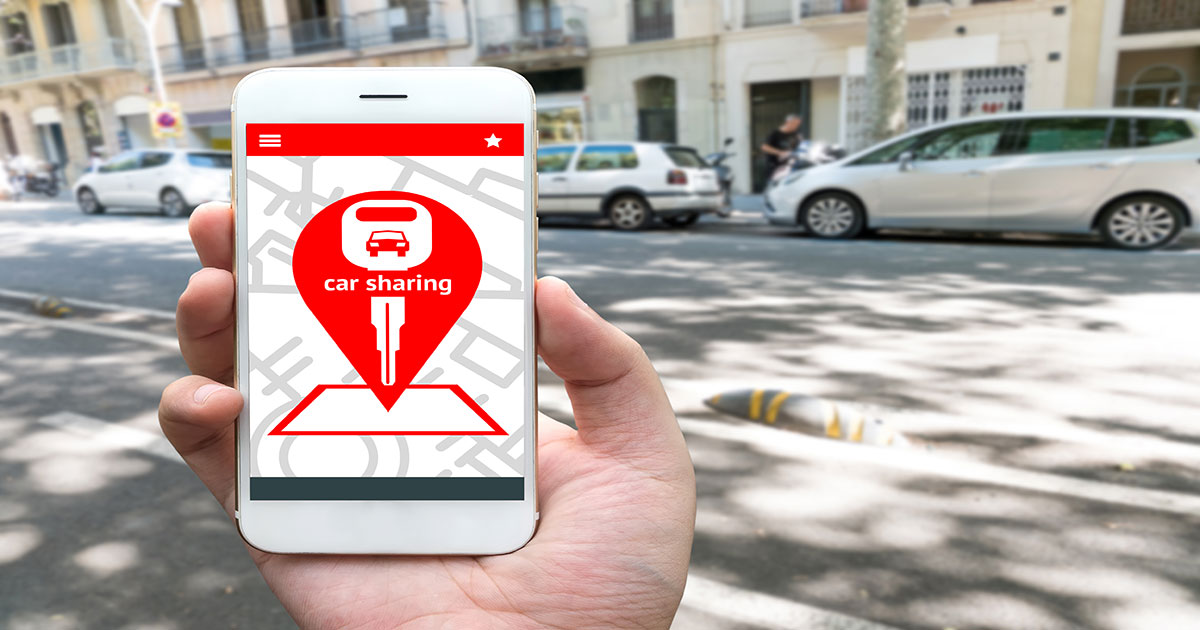 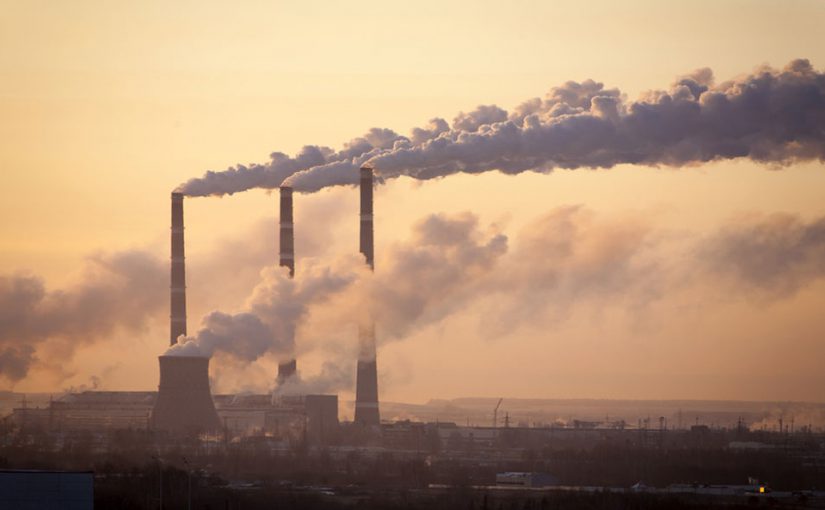 Greenhouse effect: what is it? Definition and role in global warming