The Ongoing Debate On Nuclear Energy

10% of the world’s energy comes from a nuclear source, with the largest slice coming from the burning and fossil fuels. Renewable energies are on the rise, especially solar and eolic energy. However, they demand earth minerals such as lithium or ion which come with high environmental costs and whose end of lifecycle in a sustainable way is yet to be discovered.

Since the Chernobyl and more recently the Fukushima accident, the nuclear debate is often back on the public agenda. Regularly, citizens, politicians and the media are discussing the use and future of nuclear energy, asking if it is safe, profitable, effective or sustainable. Should nuclear energy be furthered developed or dismantled? And what would be the advantages and disadvantages of a nuclear output?

At the heart of the debates on nuclear energy, there is a question that usually heats up the discussion: is it clean and ecological? Opinions are divided. On the one hand, there are those claiming nuclear energy is clean and doesn’t emit carbon or any kind of air pollution. On the other side, there are those who see it as polluting and unacceptably dangerous. With the goal of helping you get an informed opinion on the subject, we’ll review the nuclear issue under the ecological umbrella. So, is nuclear energy ecological or not? Let’s find out.

The Ecological Dangers Of Nuclear Power 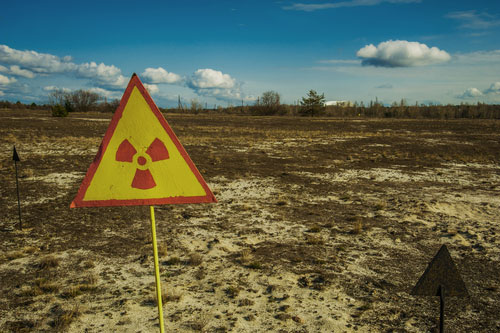 First things first. Let’s make something clear: like all energies, nuclear energy isn’t 100% ecological. As a matter of fact, for an energy to be truly green it would need to have zero impact on the environment. Truth is: all energies have stronger or softer consequences on our planet. Nuclear works thanks to infrastructures such as power stations. To build them, it takes, for instance, raw materials that were previously extracted and transported, which indeed have an impact that’s surely not equal to zero. The same is true for power plants to burn fossil fuels or solar panels that use rare metals. So the idea here is: there is no such thing as an energy that’s 100% green. And nuclear is not an exception.

Moving on, we reach the issue of pollution. And we can’t deny nuclear energy has a few types of pollutions, starting with radioactive pollution. And what’s it exactly about? Well, when handling radioactive products (the resulting by-products of the fissioning reaction), there is indeed a risk that radioactivity is transmitted to the surrounding environment, if not properly taken care of. In fact, the 1986 Chernobyl accident in Ukraine resulted in significant radioactive pollution in several European countries responsible for between 9,000 to 90,000 deaths. The environment was damaged, as biodiversity was contaminated over ~200,000km2, increasing animal mortality and contaminating some water reserves.

Despite all this, in a normal situation when there’s no serious nuclear accident, the radioactive pollution of a plant is generally considered low. This means that if nothing goes wrong, radioactive pollution levels in a nuclear power plant are negligible. But yes, if a serious accident occurs, radioactive contamination can be very serious.  Since the 1950s, 2 accidents in civilian nuclear power plants have led to major radioactivity discharges from production sites (i.e. in nature) in Chernobyl and Fukushima.

The Issue Of Nuclear Waste And Processed Water 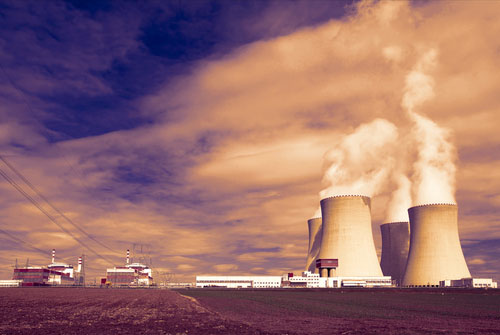 On the other hand, the production of nuclear power needs a large use of water to cool the reactors. For instance, a nuclear power plant uses slightly more water than coal or solar power plants, according to the Electric Power Research Institute. (between 133 and 190,000 liters of water per mWh of electricity produced). This water is then released into the environment where its high temperature can have an impact on the surrounding ecosystems (in the proliferation of algae for example, or an effect on the biotopes).

On the other hand, using this water as a way of operating the plants pose two additional problems. The first is that it decreases the availability of this resource for other uses – which can be problematic, for instance, in case of drought. The second is that it can, in some cases, destroy living organisms in the water taken.

Finally, the main source of “pollution” of nuclear energy is the production of nuclear waste.  Most of this waste is relatively harmless because it has low radioactive activity and short life (it quickly becomes inert). But a small part of it still has a significantly high radioactive average (3% approximately) associated with sometimes long lifetimes. This waste, therefore, remains dangerous for a long time (several hundred or even thousands of years) and can contaminate the environment or humans. 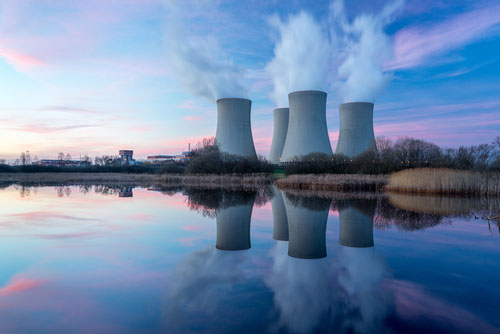 Nuclear energy is considered by some as ecological energy in the sense that producing electricity with nuclear fission emits almost no CO2 or fine particles. On the contrary, coal or oil, and even gas, when put into combustion to produce electricity (or heat, or to power an engine), emit CO2 and pollute. And it is CO2 and fine particles that are responsible for global warming and air pollution. From this point of view, nuclear electricity can be seen as relatively ecological.

And indeed, today, nuclear power is among those that produce the least CO2 over its entire life cycle  – though it emits a little, so it’s wrong to say that it is carbon-free. Nuclear energy has a median carbon footprint of 12 g CO2 eq per kWh of electricity produced, which is as much as wind power, and 3 to 4 times less than solar energy or 70 times less than coal power plants, according to IPCC analysts. As for the smoke that comes out of the plants, it is simply the water vapor that evaporates when the reactors are cooled. And this steam has no impact on the environment because it joins the natural cycle of water.

Basically, this means that among the sources of electricity production currently available, nuclear power is among those that emit the least CO2 and pollute the atmosphere the least. In other words, if we replaced nuclear power today with other energy sources, our CO2 emissions would most likely increase, even if we were only doing wind and solar energy.

At the present time, nuclear energy (together with renewable energies, particularly wind and hydro) is one of the most efficient sources to produce electricity without contributing to global warming. We know that today global warming and air pollution are considered by many scientists and political leaders as the main threats to the environment, the global economy and human security. This is why many believe that nuclear energy, while not 100% ecological, is one of the most environmentally friendly and efficient sources of electricity generation today. 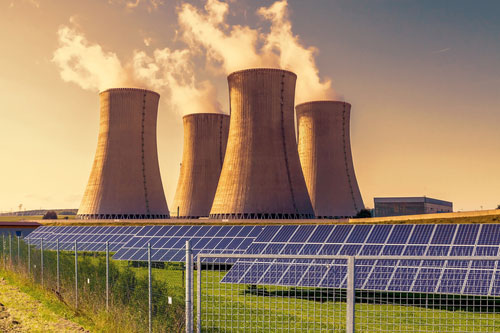 If it is a question of protecting oneself from global warming and its consequences, then nuclear power can be considered as a relatively ecological source of energy (compared to others) since it emits practically no CO2. On the other hand, nuclear poses a risk of radioactive contamination: if a serious accident takes place, the ecological consequences can be very strong. Similarly, if nuclear waste is poorly managed, it can have a negative impact on ecosystems (as well as human health).

There is, therefore, no simple answer to the question of the ecological impact of nuclear power. Nuclear is not 100% ecological nor 100% safe (like all energies). But it is today one of the least harmful sources of energy from a climatic point of view (and therefore from the point of view of global ecosystems), but in case there’s a problem, the local ecological consequences would be dramatic. But this question hides another problem: the sustainability of globalization and our society as a whole. Nuclear power and other sources of mass energy production are indeed the symptoms of a society, industry and consumption patterns that aren’t sustainable. And beyond the question of which source of energy is the most ecological, we can ask ourselves whether producing such large amounts of energy is per si environmentally friendly.