We’re emitting 15 billion tons of CO2 in excess compared to what we should to stay under a 2 degrees temperature increase until the end of the century. But what does it mean exactly to reduce emissions by 15 billion tonnes?

Each year, the UN publishes its Emissions Gap Report. Their goal is to analyze whether or not global CO2 emissions are on track with a trajectory of less than 2 degrees of global warming. And every year, the warning is the same: we’re running late and we’re not on track to achieve our target.

In its 2019 report, the UN estimated we release more than 15 billion tonnes of CO2 than we should, compared to our annual targets. The unquestionable fact is: we need to emit less. What does it mean exactly to reduce emissions by 15 billion tons of CO2 per year? Let’s try to understand this issue by further exploring some orders of magnitude.

Staying Under 2 Degrees: 15 Billion Tons Of CO2 To Be Avoided

Is 15 billion tonnes of CO2 a lot? Well, from the perspective it represents almost 30% of all our greenhouse gas emissions, yes. And while 55 billion tons of CO2 were emitted in 2018, we should be able to emit only 40 tons from 2030 to have a chance to stay below the 2 degrees Celcius of global warming.

Said like that, lowering emissions by 3.5% per year does not seem so gigantic. Yet, it’s been almost 30 years now since governments all over the world have been mobilizing on this issue and hardly any country has really succeeded in lowering its CO2 emissions.

15 Billion Tonnes: The Equivalent To Several Continents Of CO2 Emissions

In fact, lowering our annual CO2 emissions by 15 billion tonnes is a gigantic project. 15 billion tonnes of CO2 is simply what the European Union, the United States, and India come together each year. This is, therefore, equivalent to the pollution generated by several continents or by nearly 2 billion people.

Even if all the greenhouse gases generated by China disappeared, including those generated to produce goods that are consumed in Europe and all over the world, this would not be enough to achieve the goal of reducing emissions by 15 billion tons of CO2.

This is a good illustration of the magnitude of the task of fighting global warming. And mind that even if all the countries respected the commitments made in the Paris Agreement, at least 12 billion tons of CO2 would be emitted each year in excess of the 2 degrees objective.

How To Save 15 billion Tons Of CO2 Per Year?

If we really wanted to save 15 billion tonnes and stay below a 2 degrees temperature increase, what can realistically be done? Many things, quickly and simultaneously. But we specifically highlight 3 main actions:

The biggest source of CO2 emissions is global energy (heat and electricity) production. Coal, oil or gas all emit large amounts of greenhouse gases to produce the electricity and heat we consume on a daily basis: about 24% of our emissions according to the IPCC.

To reduce emissions within this sector, it would be necessary to maximize the production of electricity and heat to low carbon sources, such as renewable energies or nuclear power. If we could produce 85% of our electricity from low carbon sources, and convert the majority of our energy uses to electricity (by, for instance, using electrical heaters rather than oil ones) we could save, in the best-case scenario, up to 6 to 8 billion tons of CO2 per year, according to the Emissions Report. And that’s nearly half of the total emissions reduction goal we’re trying to reach.

The problem is that this energy transition is not so simple. First, low carbon energies now account for only 15% of global electricity consumption (if we sum up hydro, nuclear and renewables). This means it would be necessary to multiply this figure nearly by 6! And if wasn’t hard enough, there are other factors to take into consideration too.

For instance, deploying renewable energies also means transforming the electricity grid. And as a result, we need to have storage infrastructures (like batteries), we need stable means of production, or to pay rents to fossil fuel plants on standby, in order to guarantee there is power in cloudy days when solar won’t work. The same is true for nuclear energy: even if we made a serious bet on it to benefit from the fact that it is isn’t very polluting regarding carbon emissions (losing only to wind onshores), the construction of powerplants would still be very time demanding.

This is why the global energy transition is making progress at such a slow pace. We must, first and foremost, reduce our energy needs. Consume less energy, especially by reducing the energy spent on heating, lightning (and using LEDs) and improve the insulation of buildings and houses.

The second major axis on which we could work to reduce our emissions would be transportation. In fact, transportation, including road transport and cars, is one of the largest emitters of CO2 on the planet and every day, billions of people move around by driving their petrol or diesel-powered cars. To this figure, we must also add air and maritime transportation, even though they emit, overall, less CO2 than road transport.

Today, we tend to think that we can reduce transport emissions by adopting minor changes. Driving “a little less” our cars, switching to engines “a little less” polluting… But in fact, we need to go much further. The paradigm of individual cars would have to be virtually eliminated and public transportation would need to become the first and main alternative for all citizens. Most vehicles in the streets should also be small, low consumption electric ones.

In concrete terms, this means that the sale of new thermal (fossil fuel-powered) cars should be quickly banned. Car traffic in cities should be limited and the most polluting vehicles (usually the heaviest ones with larger engines) would need to stop being sold. Moreover, fuel taxes could also be increased to make individual driving a less financially viable option. Taking airplanes also needs to be someone that’s done less frequently and the efficiency of maritime transport needs to be improved too. By doing all this, we would save between 4 and 6 billion tons of CO2 per year.

The problem is that policies to reduce the use of cars are generally badly accepted by citizens (take France’s recent example) as they are such a convenient (not very expensive and quick) means of transport. And that’s why making this type of transition requires encouraging drivers to change their habits and behaviors, while strongly developing alternatives such as public transport. And again: these changes take time, they’re expensive, they involve many different stakeholders and require changing people’s habits.

Finally, the third most important lever of action to stay below a 2 degrees temperature increase and save 15 billion tons of CO2 is agriculture and the management of natural areas.

Agriculture alone emits around 15% of global CO2 emissions, to which deforestation, that accounts for more than 12% of emissions, must also be added to. Moreover, among the largest sources of agricultural emissions are food waste, soil management, and livestock.

One of the first ways to reduce these emissions would be to limit deforestation as much as possible. This would mean prohibiting the expansion of agricultural land in forested areas, but also prohibiting urban expansion in these areas. In other words, it’d mean limiting any new constructions (including dwellings) or new farms that envolves destroying natural sites.

Food waste needs to be greatly reduced too. Just like beef production which emits large amounts of methane. There is also the need to change farming practices and adopting more principles from regenerative agriculture to reduce soil-related carbon emissions.

Again, these transformations are simpler to point out than to implement. Reducing deforestation needs, first of all, political will. And we know that sometimes, political compromise on environmental issues is contradictory with more immediate economic interests. But at the same time, there’s the need for an unprecedented reinforcement of controls in areas where deforestation is still largely due to subsistence farming.

In the end, when it comes to agriculture, it’s about delivering a systemic change that must be conducted all at once while taking into account the reality of the billions of people who depend on it.

There are of course other levers to take action, and in each sector, there are opportunities to reduce emissions: from limiting harmful and unuseful productions to betting on more circular processes by extending lifecycles and reducing waste whenever possible.

But on top of all, what must be remembered is that truly fighting against global warming implies drastic changes in our economic structures, our way of consuming, our habits. Irremediably, it will be necessary to accept we’ll lose some kind of comfort, that we won’t be able to move as we do today, that our diets need to be more sustainable and that we’ll have to own less and lose focus on material things.

If you take something out of this piece, take the fact that slightly changing our way of living (be it by removing emails, turning lights off, having a more veggie-based diet or driving less our cars) is important, but is far from being enough.

What we truly need to do to be able to aspire to stop the global temperature from increasing more than 2 degrees is a real systemic change that involves all sectors of the economy and our lives. It is impossible to reduce our emissions enough by tackling a single sector, be it the transportation one, the livestock, digital or the plastics industry.

It is, therefore, time to become aware of the global changes that need to be accomplished, foster global dialogue and get started right now. Because the longer we wait, the harder it will be to meet these already ambitious goals.

Photo by Dan Meyers on Unsplash 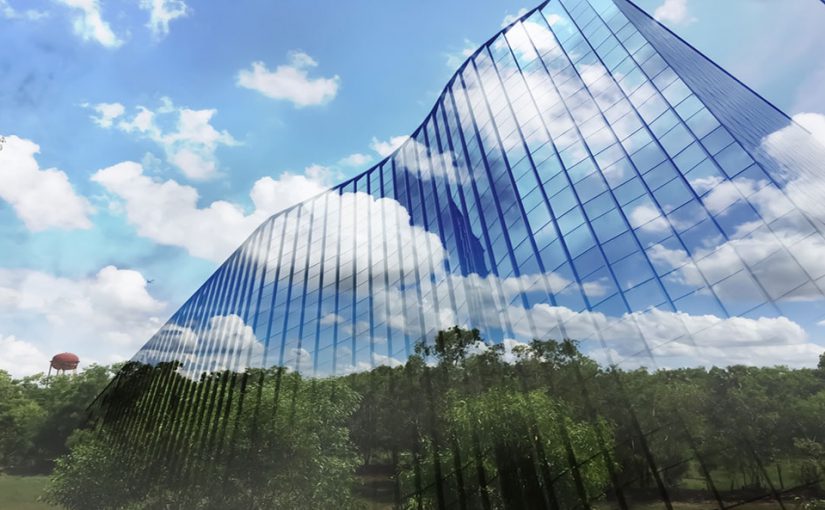 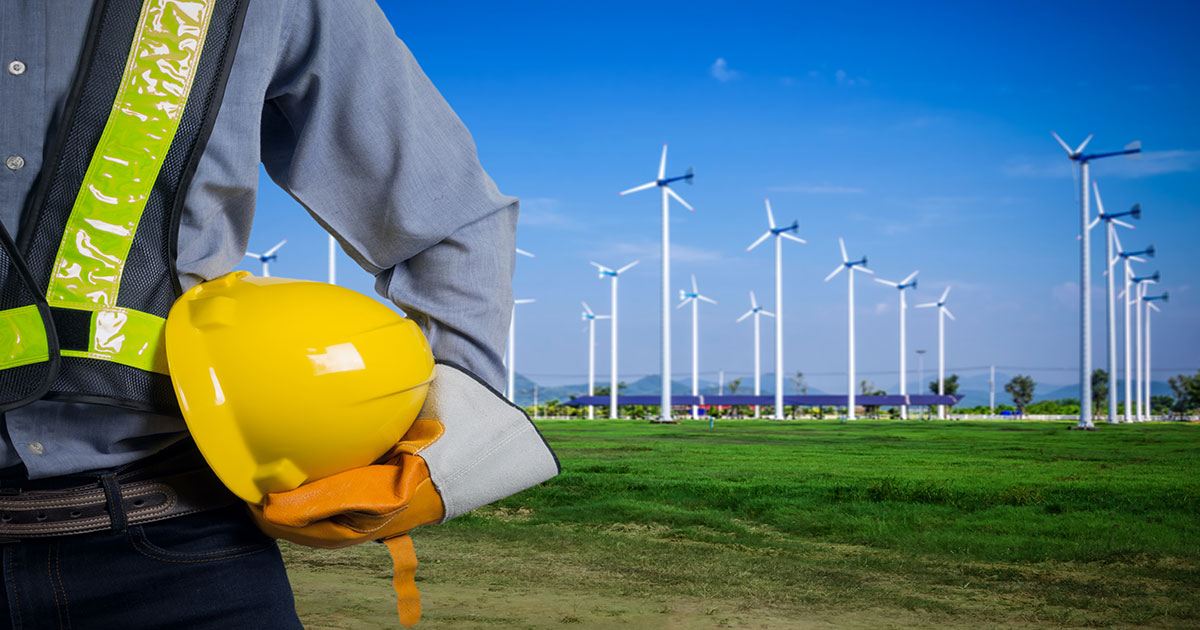 Jobs And Careers In Sustainability: What Options Are There? 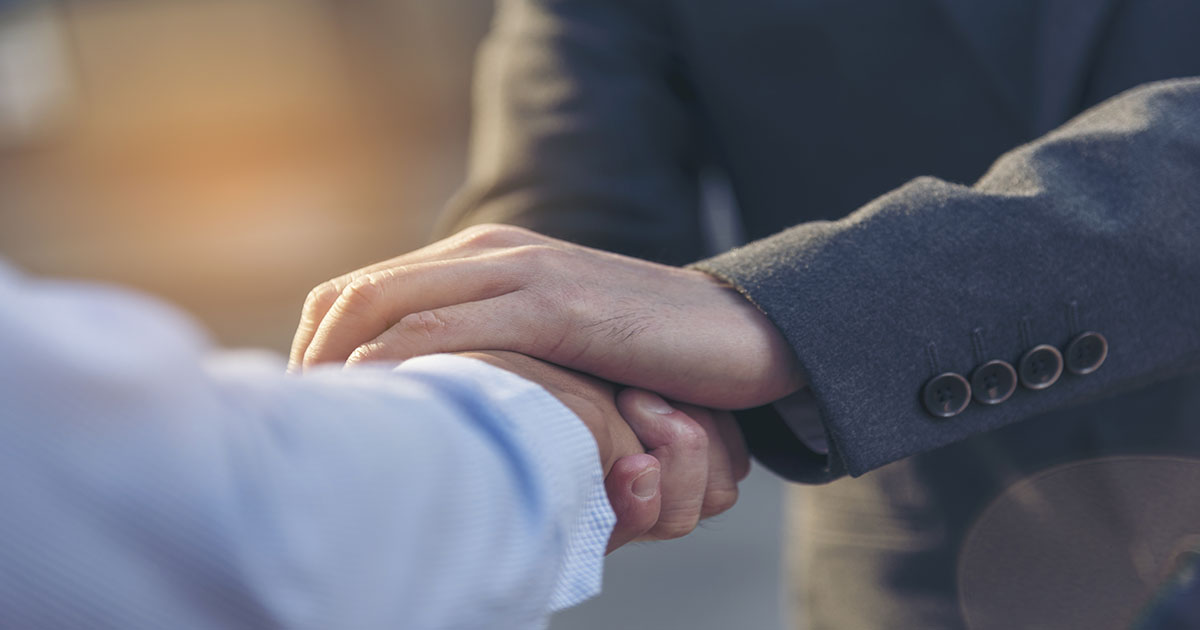