Is solar energy really zero emissions, clean and sustainable? How much has it grown over the last years? What’s wrong about it? Let’s find out.

As you probably know already, solar energy is one type of renewable energy, i.e., an energy that is produced using resources that replenish quicker than the rate at which humankind consumes it.

2017 was a record year for renewable energy because for the first time, over two-thirds of global net electricity growth (178GW) were renewable. Of all renewables, solar photovoltaics (PV) capacity was the fastest-growing (97GW), especially in China. In fact, the U.S., the EU, China, India, and Japan are the nations pushing the most for solar energy growth. They see it as a way to improve economic attractiveness.

But does all this development and growth of the solar energy industry mean it is clean or green to produce?

Why Is Solar Energy Bad? 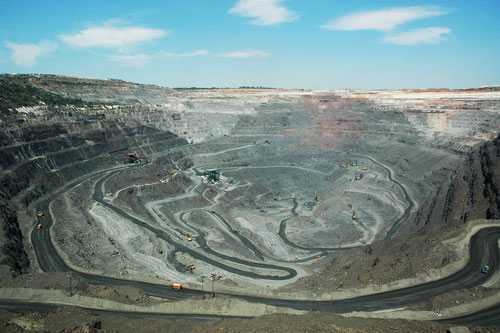 It’s not very respectful to say solar energy is bad, at least not when compared with other types of energies powered by fossil fuels. Still, it has some downsides that are worth analyzing. We can start by clearing out that solar energy is not zero emissions, clean, or 100% green. But why is that if solar panels receive sun rays and generate electricity through heating without releasing any CO2 or CO2eq? Well, if we take a closer look at solar panels life cycles we’ll realize that they make some pollution and energy consumption during manufacturing and are likely to have more once they get disposed.

Producing photovoltaic panels requires minerals like copper, nickel, and cadmium. For instance, if we think of silver, its supply and demand for photovoltaic purposes are, respectively,  ~ 27 billion kg and 242 million kg (in 2017).  Other minerals such as lithium or silicon are also at risk of having a demand that outstrips supply today and in the future.

The problem here isn’t really about these minerals being finite resources because there are still many reserves. It is about the mining activities themselves. Indeed, the extraction and the chemical separation processes to get these minerals is very polluting and in many places, like Chile, toxic waste is not responsibly taken care of. Together with other impacts like soil erosion or mercury contamination, mining activities can pollute the air, water, and soils and harm local biodiversity and populations. The mitigation of these and other risks depend on the local sites’ governance practices.

What Are The Advantages Of Solar Energy? The Power Of Solar Panels

Despite the costs of producing solar panels, according to one study, after 5.23 years generating electricity, they will make up for the energy used to produce the system itself. Moreover, solar panels have their financial payback within 19.3 to 34.4 years, depending on the rate of renewable energy feed-in-tariff applied, according to an Irish paper.

In addition, studies back up that electricity production by photovoltaic solar panels is more sustainable than electricity powered by fossil fuels. Still, these calculations depend on the region of production since, for instance, the carbon footprint of a panel produced in China can be up to twice as big compared to panels produced in Europe.

Hence, solar PV technologies are small and can be used anywhere in the world with relatively low operation and maintenance costs. Regarding the problems around the solar panels end of life, as the industry grows recycling sites will grow too and industry players will likely feel encouraged to find new solutions to improve the efficiency of their operations. And the good news is that some minerals, like aluminum, lead, and copper require less energy to be recycled when compared to primary extraction. 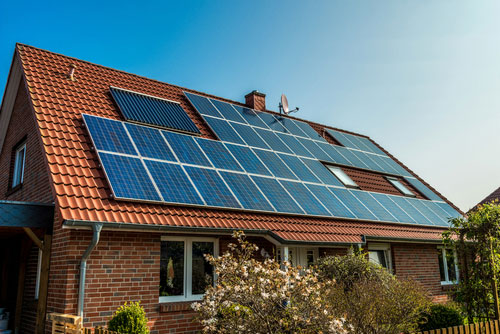 Panels also only produce electricity on peak hours, i.e., when they get over 1000 watts of photovoltaic power. This means solar panels can produce electricity from an average of 4 hours (in the best U.S. states) to 6,5 hours a day, even if it’s sunny all day.

It’s also a good idea to have solar PV technology reducing its carbon emission by powering mines and mineral processing sites, as in Australia or South Africa. Tighter regulations and good government practices are also fundamental to reducing the risks associated with mining activities. Furthermore, the development of the recycling industry for all types of minerals are also crucial steps in minimizing the impacts of the mining and, therefore, the solar energy industries.

In the end, solar energy is easier to set up anywhere in the world and it is becoming increasingly more affordable. If companies and nations want to fulfill their GHG reduction promises, it is important to keep growing their sources of renewable energy and keep creating incentives for solar or wind energy industries to develop. However, it’s still important to consider their side impacts and try to mitigate them so that solving one problem doesn’t mean creating another one.