In May 2021, atmospheric CO2 levels reached their highest level in 4 million years. Why do CO2 concentration peaks usually happen during spring and how alarming is the situation?

Spring is the period of renewal when flowers bloom – check the amazing time-lapse video below, you’ll regret if you don’t! – and the weather is generally soft.

But spring is also the moment when the concentration of atmospheric CO2 generally reach a peak level.

The slight decrease in CO2 emissions in 2020 because of the pandemic has had little influence on the trend of rapid growth in CO2 levels. But then again, what does this peak in atmospheric CO2 levels mean exactly and why does it happen during spring time?

Why Is There A Peak of CO2 Emissions In Spring?

The American scientist, Charles David Keeling, was the first to measure atmospheric CO2 levels in 1958 when he set up his laboratory at the top of Mauna Loa Island, in the Pacific Ocean, far from any source of pollution.

Ever since the Mauna Loa observatory has been measuring atmospheric CO2 levels every hour, the results being then averaged over a month, originating the quite famous “Keeling curve” (see image below).

It happens that in spring, plants in the Northern Hemisphere, which are much more numerous than in the Southern Hemisphere, begin to grow, create leaves, flowers, and fruits. To do this, they will capture CO2 because they use carbon atoms as a “framework” to develop.

On the other hand, from autumn to early spring, plants and bacteria in the soil are dormant and they capture and release little carbon from/into the atmosphere.

This explains the seasonal cycles in the evolution of atmospheric CO2 levels and why there is a peak in CO2 levels during spring, after plants being “asleep”.

Despite these cycles, there is a clear trend towards an increase in CO2 levels since the Industrial Revolution, the period since human activities have been releasing huge quantities of CO2 into the atmosphere.

Once in the atmosphere, CO2 accumulates there, where the atoms can stay for up to 1000 years. As a result, atmospheric CO2 levels have been constantly increasing – all the way up until the highest value in 4 million years was reached and measured by the Mauna Loa Observatory in May 2021.

The Observatory measured a concentration rate of 419 ppm (parts per million). This means that for every one million air molecules (not counting water vapor), there are 419 CO2 molecules.

This may seem quite little – but it actually a lot more than what civilization can bear! In fact, CO2 levels in the atmosphere are already 50% higher than the pre-industrial rate. Up until 1850, the CO2 level was stable at around 280 ppm.

Even more worrying than this peak is the growth rate of CO2 levels.

The Mauna Loa Observatory averages out of ten the annual growth rate of CO2 levels – which stands for how much CO2 rates increase over a year, between January 1 and December 31. And over the decade 2010-2019, on average, CO2 levels increased by 2.4 ppm per year which is the highest increase ever recorded.

In the history of Earth, CO2 levels have often increased – but never this fast.

Limiting Our CO2 Emissions Is More Than Urgent

The 7% decrease in global CO2 emissions in 2020 due to health measures had little effect on the CO2 growth curve. And now we know why: because of the persistence of CO2 in the atmosphere, which made 2020’s annual decrease almost imperceptible.

The atmospheric CO2 level is now more than alarming and even the exceptional measures taken during the pandemic have not succeeded in slowing its growth.

It is therefore urgent that countries take drastic measures to sustainably limit our greenhouse gas emissions, thus stabilizing CO2 emissions and their concentration in the atmosphere and slowing down climate change.

Note: the original article was written and published by Adèle Hospital

[Photo by Kaylyn Mok on Unsplash] 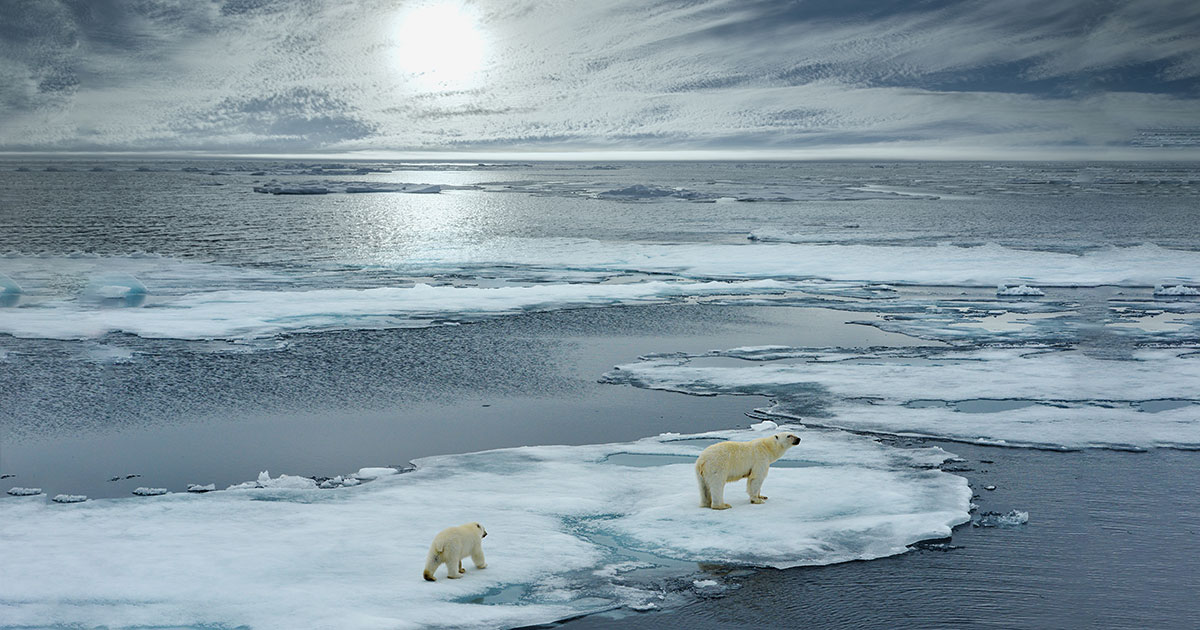