What Are Renewable Energies? A Simple Definition

Renewable energies (or renewables) are ways to generate energy from (theoretically) unlimited natural resources. These resources are either available with no time limit or replenish more quickly than the rate at which they are consumed.

Renewable energies are generally spoken of as opposed to fossil fuel energies. The fossil fuels’ stocks are limited and non-renewable in the human timescale. The most known examples of these resources are coal, oil or natural gas. On the contrary, renewable energies are produced from renewable sources. Here, we’re talking about energy coming from solar rays, wind or water cycles – all theoretically unlimited on a human scale time.

Renewable energies are also often referred to as “green energies” or “clean energies”. Still, this doesn’t mean that these energies aren’t harmful to the environment and have zero impact. Nonetheless, they have a low environmental impact compared to fossil fuels. That’s why they’re increasingly becoming important elements in companies’ CSR strategies in terms of sustainable development.

There are several types of renewable energies that are produced by different sources such as the sun, wind or water. In fact, these renewables’ power consumption has been growing over the last year. They have provided 8% of the world’s electricity in 2017 and they now cover 1/3 of the power mix in Europe. At the same time, the energy grid gets 1/4 of the total energy in China and 1/6 in the United States, India, and Japan. Let’s learn more about them below. 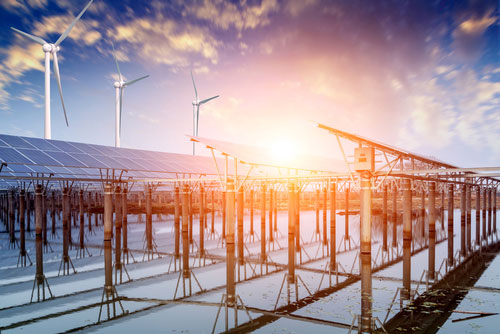 This type of renewable energy comes directly from the capture of solar radiation. Here, the solar radiation is absorbed by specific sensors and rebroadcasted following 2 possible operation modes:

Examples of Solar Energy in the World

It’s estimated that in 2017 1,6% of the worldwide generated energy came from solar sources. At the same time, solar power also contributed to 20% of the total energy growth in this same year. Some of the most known sources of solar energy are:

Is Solar Energy Renewable or Nonrenewable?

Solar energy is inexhaustible in the sense that it will cease once the solar system’s star – the sun – dies. However, many people wonder if, from a perspective of human’s being able to capture and use solar energy in the long-term, whether solar energy is renewable or nonrenewable.

Examples of Wind Power in the World

Wind power continues has also been growing, In fact, it provided 4.4% of global power generation in 2017. The highest installed wind capacity belongs to China (164GW). At the same time, in the EU, wind power provides 15% or more of the energy generated in several countries such as Germany, Portugal or Lithuania. Some of the most known sources of wind power energy are: 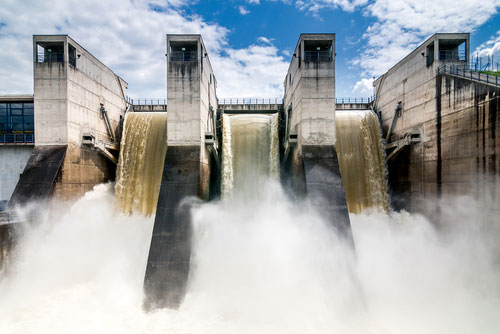 Hydro-electric power consists in the transformation of the kinetic energy of the water (from rivers, dams, marine currents or tides)  into mechanical energy by turbines.

Examples of hydro-electric power in the world 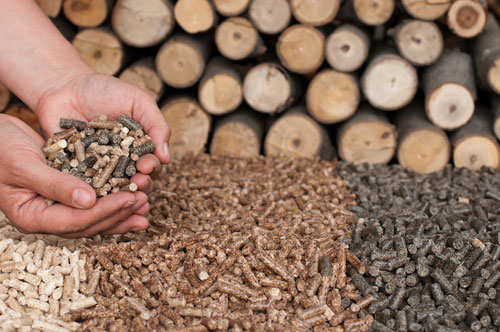 Biomass is made up of organic materials from plants or animals that contain stored energy. The combustion of these natural materials produces renewable energy. Some examples of generating energy from biomass are:

Examples of Biomass Energy in the World

Some of the most known biomass power plants in the world are:

5- Geothermal Power as a Renewable Energy 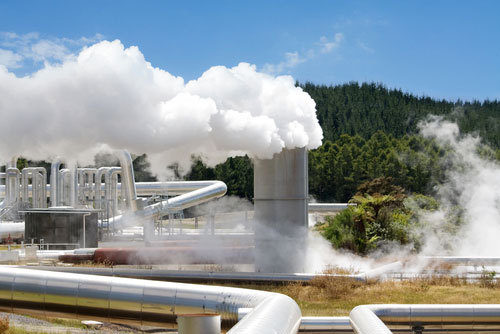 The Earth generates and stores geothermal energy. In other words, radioactive materials decaying inside the Earth are emitting energy. Electricity can be created using directly or indirectly this energy,  depending on the technology implemented. There are 3 main ways to use geothermal energy:

Examples of Geothermal Energy in the World