The Official Definition Of Sustainable Development

Specifically, sustainable development is a way of organizing society so that it can exist in the long term. This means taking into account both the imperatives present and those of the future, such as the preservation of the environment and natural resources or social and economic equity.

How Did The Idea Of Sustainable Development Get Relevant?

The industrial revolution is connected to the rise of the idea of sustainable development. From the second half of the 19th century, Western societies started to discover that their economic and industrial activities had a significant impact on the environment and the social balance. Several ecological and social crises took place in the world and rose awareness that a more sustainable model was needed.
Here are some examples of the economic and social crises that shook the world in the twentieth century:

And some examples of ecological crises:

The Tragedy of Commons And Sustainable Development [1968] 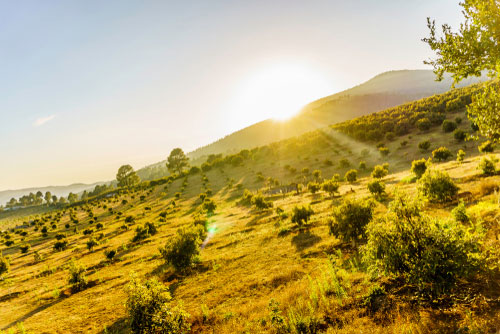 In 1968 the ecologist and philosopher Garret Hardin wrote an essay entitled the tragedy of the commons. He argued that if individuals act independently, rationally and focused on pursuing their individual interests, they’d end up going against the common interests of their communities and exhaust the planet’s natural resources.

In this way, human free access and unlimited consumption of finite resource would extinguish these same resources. Hardin believed that since man is compelled to procreated unlimitedly the Earth resources would eventually get overexploited. To his eyes, mankind needed to radically change its way of using common resources to avoid a disaster in the future – this would be the way to keep on a sustainable development track.

Limits To Growth And Sustainable Development [1972]

A few years after Hardin’s essay, in 1972, Meadows et al., commissioned by the Club of Rome, ran a computer simulation that aimed to predict the consequences of what could happen in a planet with limited resources.

The strongest ending scenario was that an economic and social collapse would happen by the end of the 21st century if man imposes no limits to growth. After more than 4 decades, these predictions seem to be right when it comes to pollution and it’s consequences – threatening sustainable development.

1st UN Conference On The Environment And Sustainable Development [1972]

As the world’s knowledge of global politics evolved the first historical conferences were organized. In 1972, it took place in Stockholm the UN Conference on the environment – the first big world leaders meeting organized by the UN to discuss the human impact on the environment and how it was related to economic development. One of the main goals of this gathering was to find a common outlook and common principles to inspire and guide the world’s population to preserve the “human environment”. 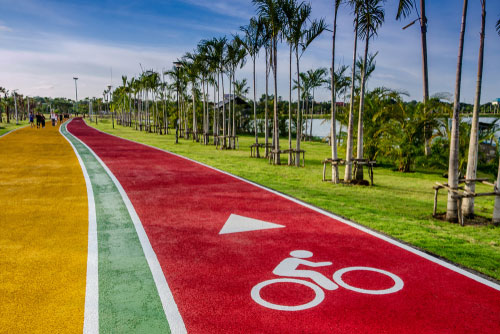 Once the idea that our planet had limits that needed to be respected grew, together with the idea that progress isn’t only about economic growth, integrated solutions started to develop – as is the case with the Human Development Index (HDI). The HDI is nowadays a statistical tool that measures countries’ economic and social achievements.

To do so, it uses dimensions such as health, education, financial flows, mobility or human security, among others. Every year the UN Development Programme ranks countries based on the HDI report released together with their annual report. It works as a periodic way of monitoring the development levels of countries.

Ideally, humankind should get to a point where at least the minimum HDI is achieved and live below the maximum ecological footprint per capita. Living above the minimum HDI would guarantee that human needs such as education or health are satisfied.

An ecological footprint represents the maximum limit of consumption per person according to Earth’s ecological capacity. Living below it wouldn’t compromise the future generations, as the planet would be able to regenerate itself. If we could manage to keep above the minimum HDI and below the maximum ecological footprint per capita (a number that is decreasing as the human population increases) we’d be on track for a sustainable future.

But the fact is that every year the Earth overshoot day comes earlier. This day represents the date when humankind gets in debt with the planet. Why? Because our demand for ecological resources in a given year has been exceeding what the planet can regenerate in that same year.

We’re keeping this deficit because we’re using more ecological resources than the planet can handle to lose. At the same time, we’re also not taking proper care of our waste. We’re dealing with it in a linear way, in opposition to nature, where everything follows a circular approach. Today’s consumption habits are a big threat to sustainable development.

The Brundtland Report And Sustainable Development [1987] 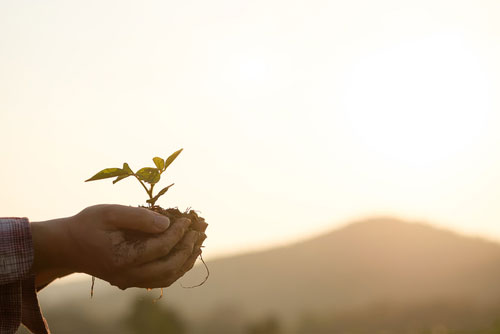 The Brundtland report, also known as <Our Common Future>, gave the most recognized and widely accepted definition of the term <sustainable development> in 1987. Following this report,  “the human ability to ensure that the current development meets the needs of the present without compromising the ability of future generations to meet their own needs” was the first widely accepted definition of sustainable development.

The World Commission on the Environment and Development also stood out that sustainable development needed to consider that developing has limitations. According to the organization, the “present state of technology and the social organization on environmental resources, together with the limited ability of the biosphere to absorb the effects of human activities” impose limitations on sustainable development.

As the consciousness about the impact that climate change could have on the planet and on human life grew, the International Panel on Climate Change was created by the UN Development Programme and the World Meteorological Organization. It’s purpose was (and still is) to develop and share knowledge about the impact of human activities on climate change. It also aims to explore the causes, consequences, and ways of fighting climate change.

CO2 and methane are gases that exist to help the Earth keep its ideal temperature and guarantee life as we know it. Nonetheless, the excessive production of these gases leads to an increase in the planet’s temperature. This happens because part of the heat the Earth irradiates and that’d go to space keeps trapped in the atmosphere.

The triple bottom line is an important assumption that’s part of the foundations of sustainable development. It was first used by John Elkington, the founder of a sustainability consultancy firm.

This expression means that companies should consider 3 different bottom lines in their businesses – and not only, as was usual at the time (and still is in many companies today), care about the profit and loss account. This means that organizations should also measure how socially responsible the operations across their value-chain are.

In addition, Elkington combined a third concern: that companies also needed to measure their environmental impact on the planet. In the end, the idea is business needs to be concerned about its impact on people and planet – and not only finance and profit. 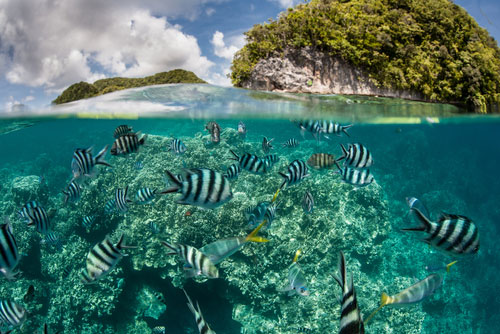 The Millennium Ecosystem Assessment was a 4 years-long investigation that started in 2001 and was requested by the UN. Over 1200 researchers gathered to assess the consequences that ecosystems’ changes had on human well-being. Finding the scientific basis for action needed to improve the conservation and sustainable use of ecosystems was another goal.
The main findings of the investigation were:

Today’s framework on sustainable development is quite strong although there is still a huge way to go. The latest IPCC report demonstrated that big changes will need to happen quickly regarding the reduction of CO2 emissions to keep the Earth’s temperature below 2ºC and prevent its devastating impacts.

There are many actors working with different audiences in different areas of sustainability. They share the same goal – to raise awareness on this topic and to create conditions for it to grow and develop. One of the main players is the United Nations, where different teams actively work on multiple campaigns such as #beatplasticpollution or #solvedifferent, apart from organizing the meetings between the world leaders.

On the business side, the World Business Council for Sustainable Development (WBCSD) helps its member companies to accelerate their businesses transition to create a sustainable world. There are also some certifications that reward (mostly through a stamp recognition) the businesses with the best practices for the planet, such as the B-Corp movement, the Rainforest Alliance, the Fairtrade Foundation or the Conscious Capitalism Movement.

At the same time, entities like the Elen MacArthur Foundation are opening the way when it comes to the circular economy and how societies and businesses can align how they use natural resources with the way nature does it. Aligning businesses’ operations across their supply chains is also allowing different and ecological business models to develop – such as growing mushrooms from coffee leftovers.